Share on Facebook Share on Twitter
No, thanks. [X]
No, thanks. [X]
Denver Nuggets rookie Gary Harris finally made his NBA debut a month into the 2014-15 season but when he made the play of the game – a huge poster dunk – his mom wasn’t watching!

His mom, WNBA great Joy Holmes-Harris was looking elsewhere as Harris drove to the hoop to throw down a huge poster dunk all over two defenders, and when the cameras zoomed in on her for a reaction, all they saw was her devastated face as she realised she missed it!

It was a good debut for Harris, 13 points on 6/10 shooting in just short of 19 minutes (plus a win) but he (or his mom) will never get a chance for that moment back!

“When your time comes you make the most of it. I definitely had nerves,” he said. “I have nerves before every game, especially with this one being my first one. It just feels good to come home and do it here. It just felt good to see that first shot go down.” 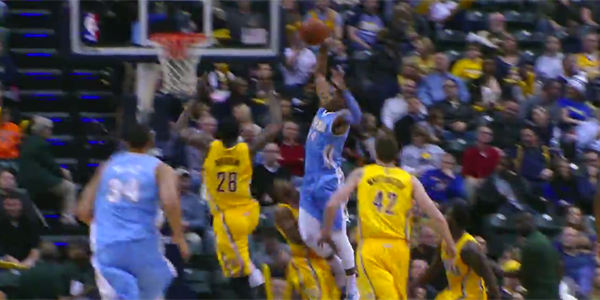 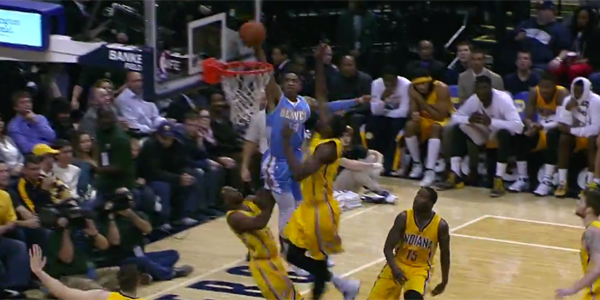 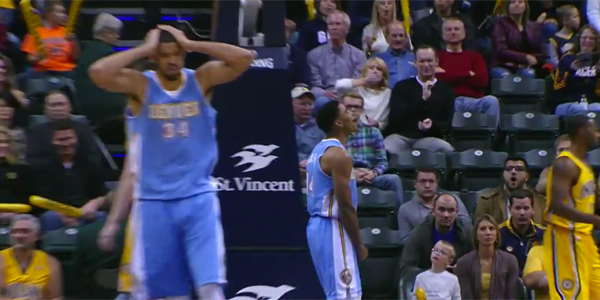 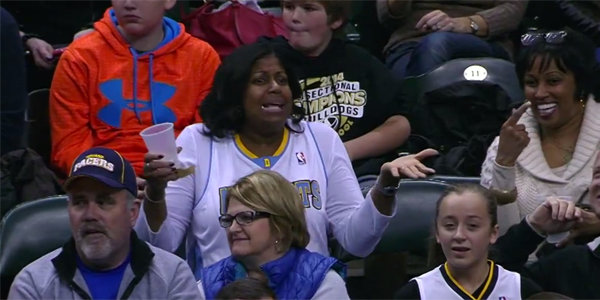 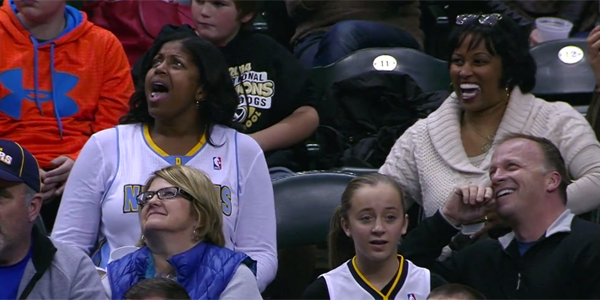