Share on Facebook Share on Twitter
No, thanks. [X]
No, thanks. [X]
When the Rio Grande Valley Vipers took on the Bakersfield Jam in an NBA D-League encounter, no-one expected what ended up happening.

The Bakersfield Jam lost to the Rio Grande Valley Vipers in triple-overtime 151-148 but it was what went down at the end of regulation that was the biggest talking of the game.

With the game tied at 122, Bakersfield’s Renaldo Major took a pass in the corner and knocked down a three with 24 seconds remaining. The Vipers came back and did almost exactly the same thing, with Gary Talton coming right back to tied it up at 125 less than 10 seconds later.

Then Elijah Millsap, who finished the game with a 26, 16 and 12 triple double, dribbled down the clock and knocked down another triple with 0.9 seconds left, seemingly putting an end to it.

But it was far from over.

Out of a timeout, Rio Grande Valley got the ball to Earl Clark who turned around and hit a three at the buzzer to force OT!

All in all, four three pointers in 24 seconds. Unreal. 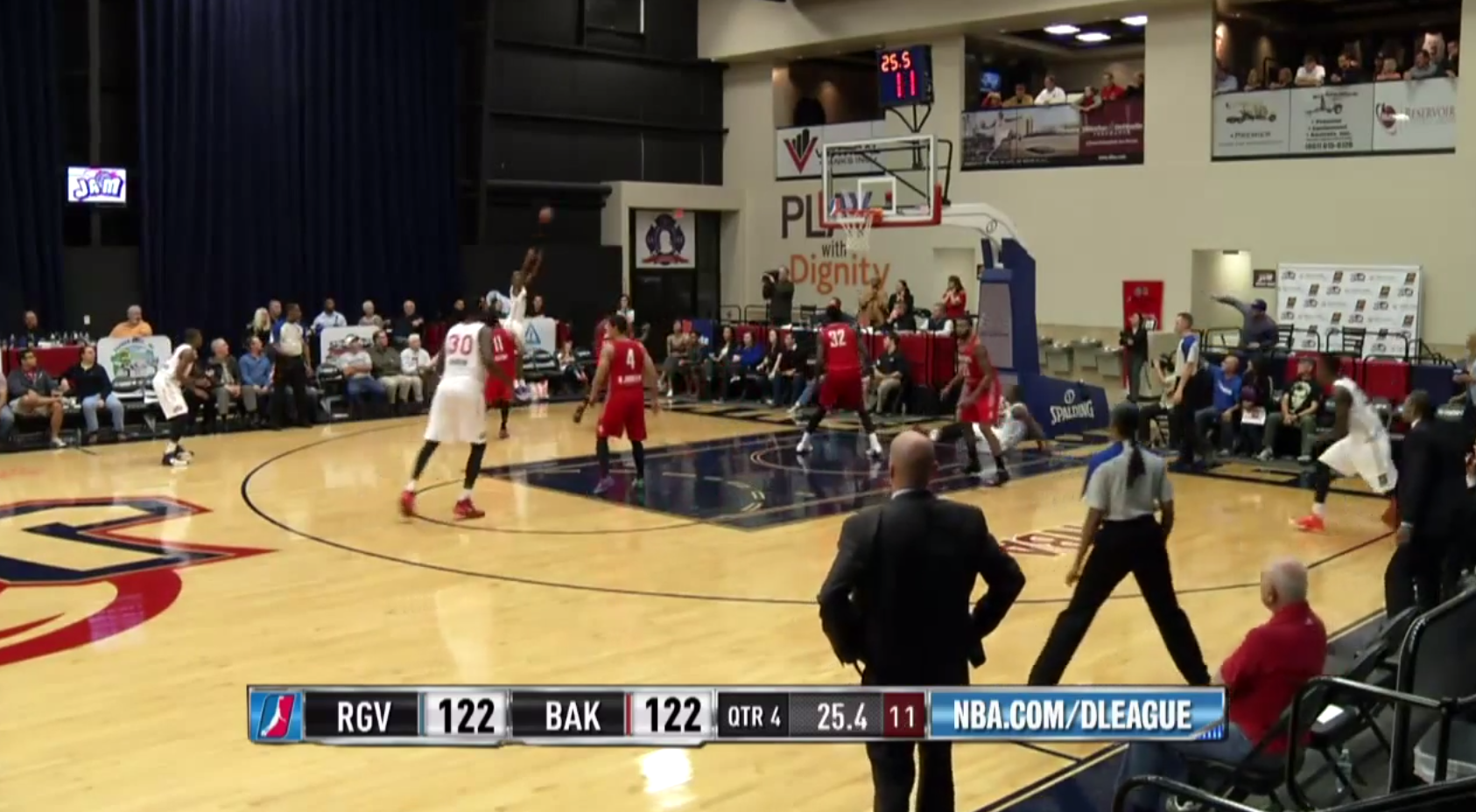 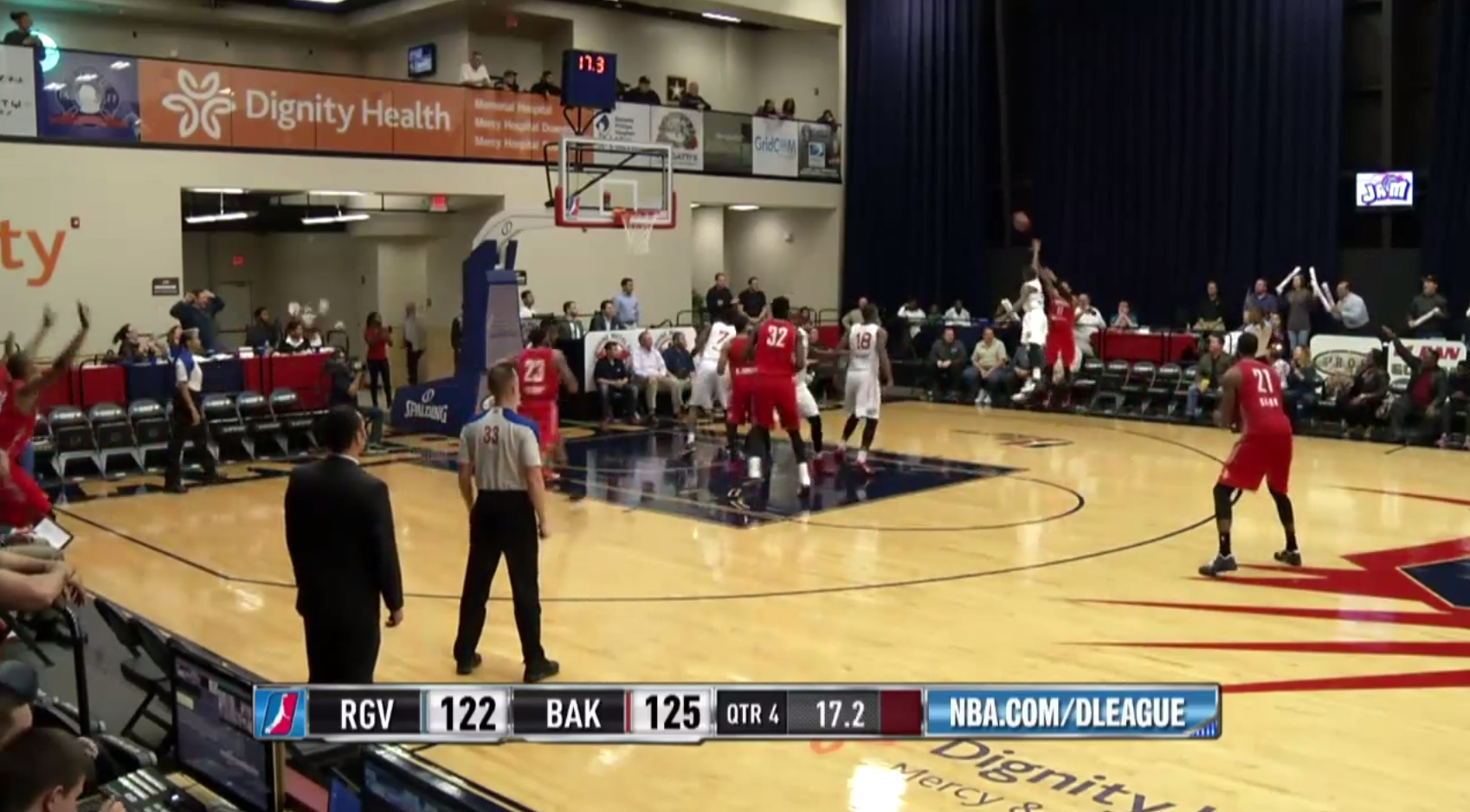 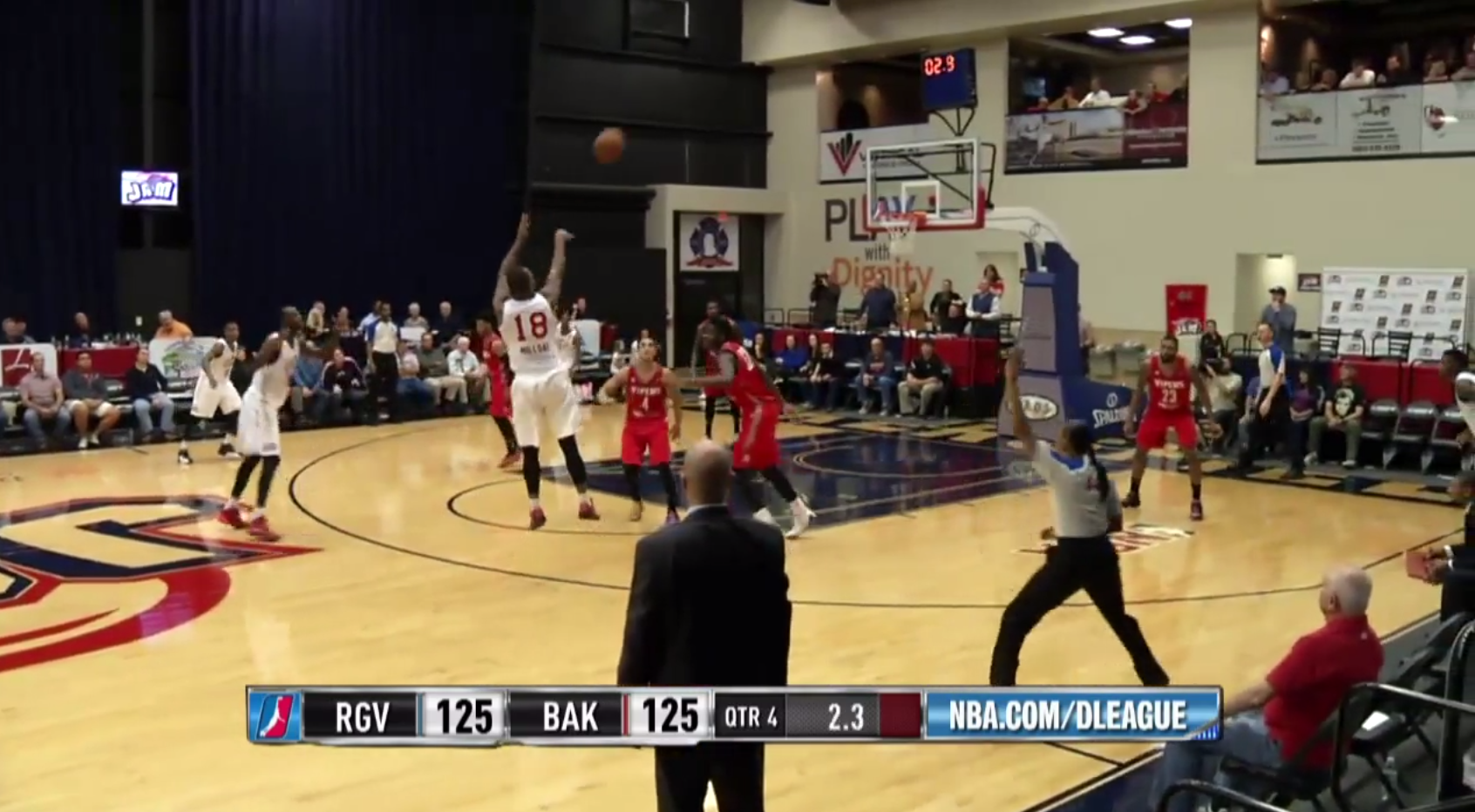 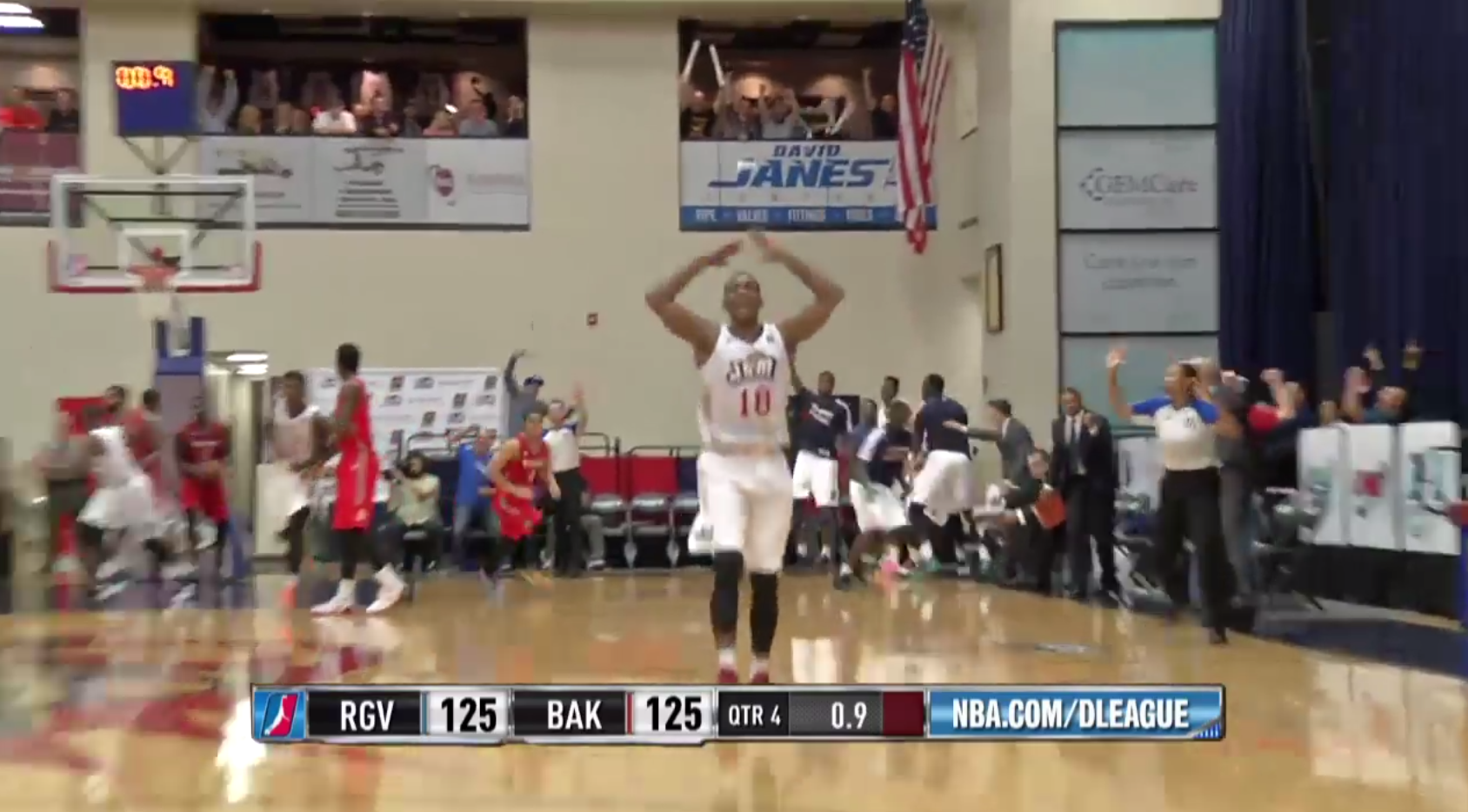 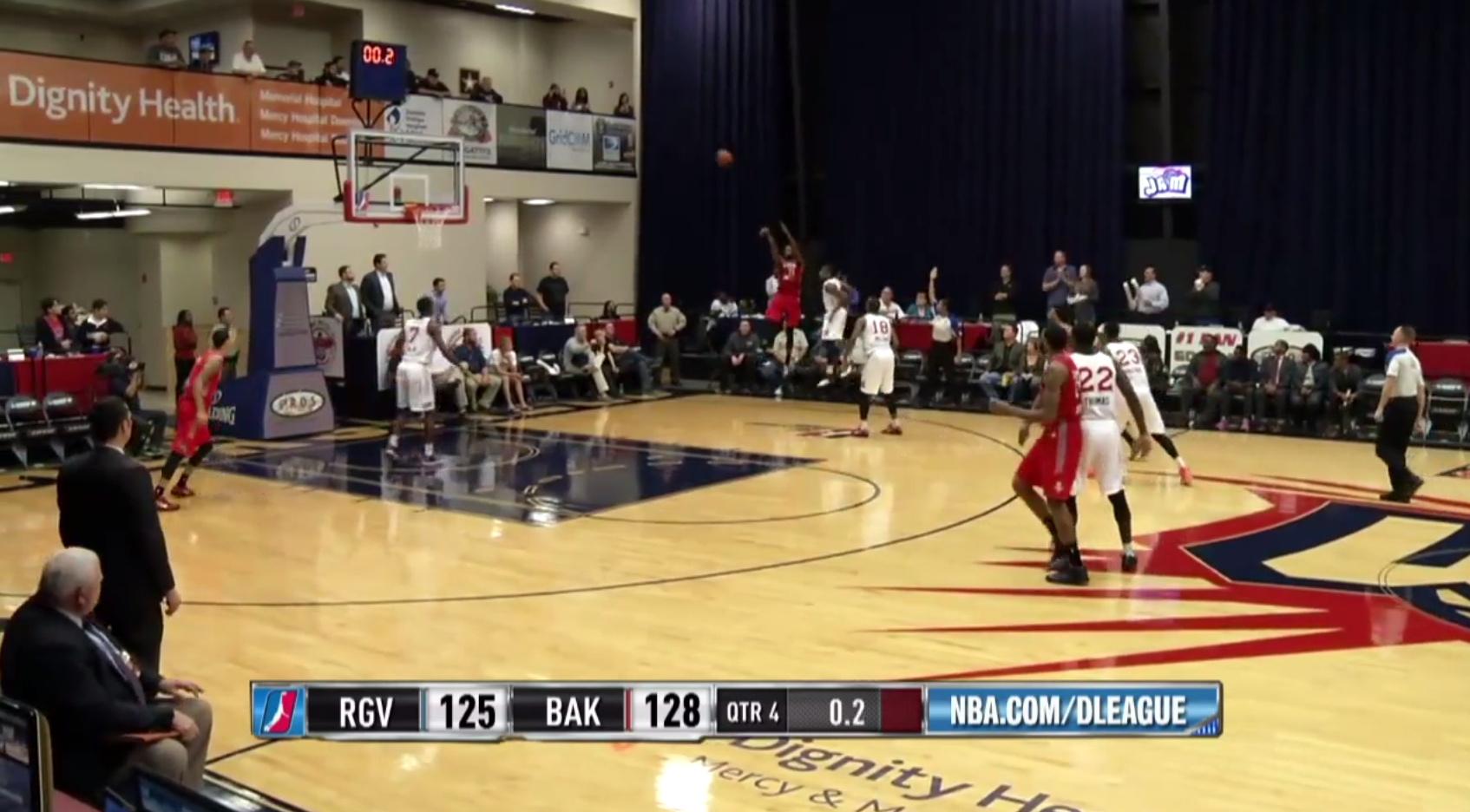