Share on Facebook Share on Twitter
No, thanks. [X]
No, thanks. [X]
People often refer to the “basketball gods” messing around, but with the ending to this game, you can’t help but feel Hampden-Sydney had someone looking out for them.

Down two to University of Mary Washington, the NCAA Division 3 side didn’t have possession, and there was just 3.3 seconds remaining.

All University of Mary Washington had to do was inbound the ball and seal it at the line (assuming that Hampden would foul). Instead, they decided to attempt a long inbounds pass.

Mike Murray stole the pass (which is unfortunately out of shot), and hoisted up a running three-pointer from about 35 feet…it appeared to miss, bouncing off the back of the rim a good 10-15 feet in the air, but came straight down through the net for a 58-57 win as the buzzer sounded!

Hampden-Sydney improved to 3-0 while Mary Washington drops to 0-4. Heart breaker. 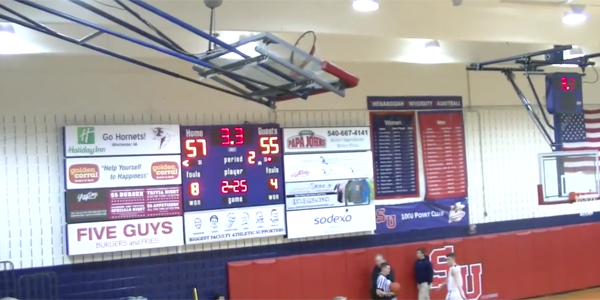 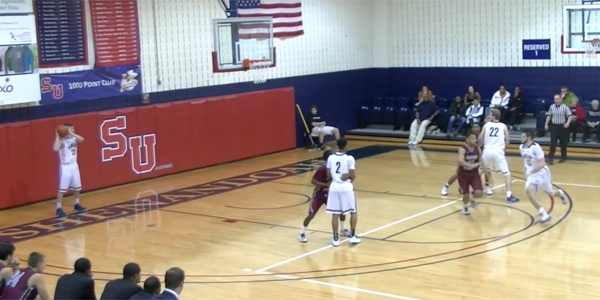 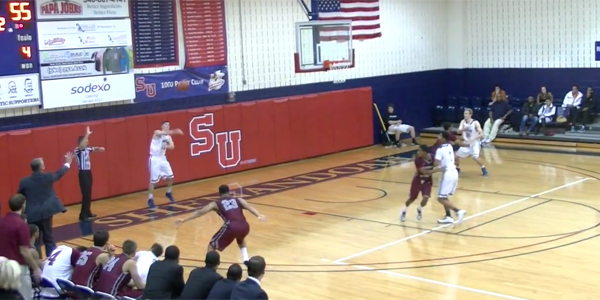 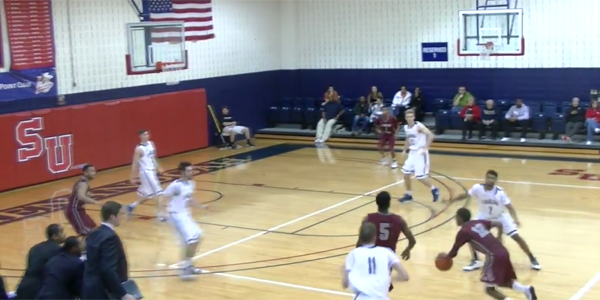 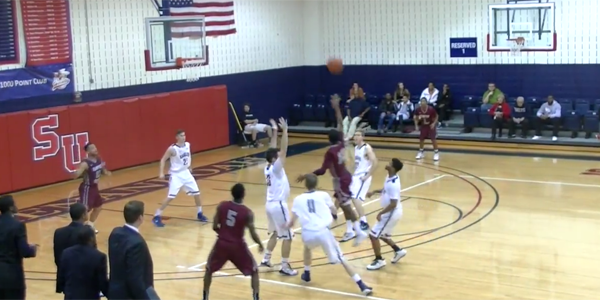 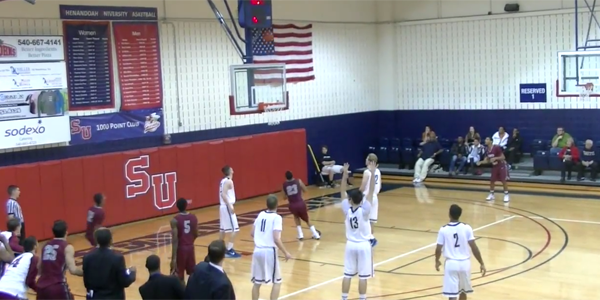 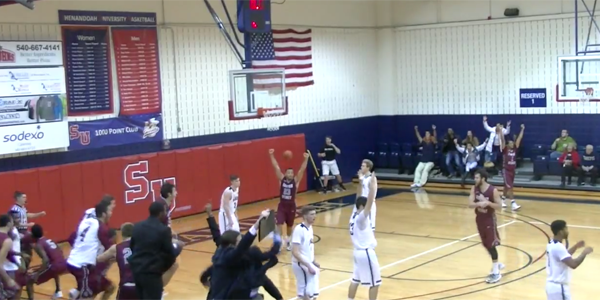