Jalen Jenkins rebounded a free throw missed on purpose and launched a 75-footer at the buzzer that helped his George Mason Patriots down Manhattan 64-63 in Fairfax.

Usually, the “miss a free throw on purpose” strategy is a good one; with such little time left on the clock (2 seconds), getting any shot off at all is difficult.

Jenkins also set a career-high against the Jaspers finishing with 24 points – what a way to cap off a career night!

Mason rallied from a six-point deficit with 19 seconds left to play to pick up its second win of the season. Patrick Holloway ignited the Mason comeback hitting back-to-back three-pointers to cut the score to 62-61 with three seconds remaining. Picking up a foul, Manhattan’s Shane Richards hit the front end of a pair of free throws as the second one rimmed off, allowing Jenkins to pull down the rebound. The Patriot took two steps and heaved the 75-foot shot just beyond the Jasper’s foul line as time expired.

Jenkins finished with a career-high 24 points and secured seven rebounds, two blocks and an assist on the night, while going 5-for-7 from the charity stripe. 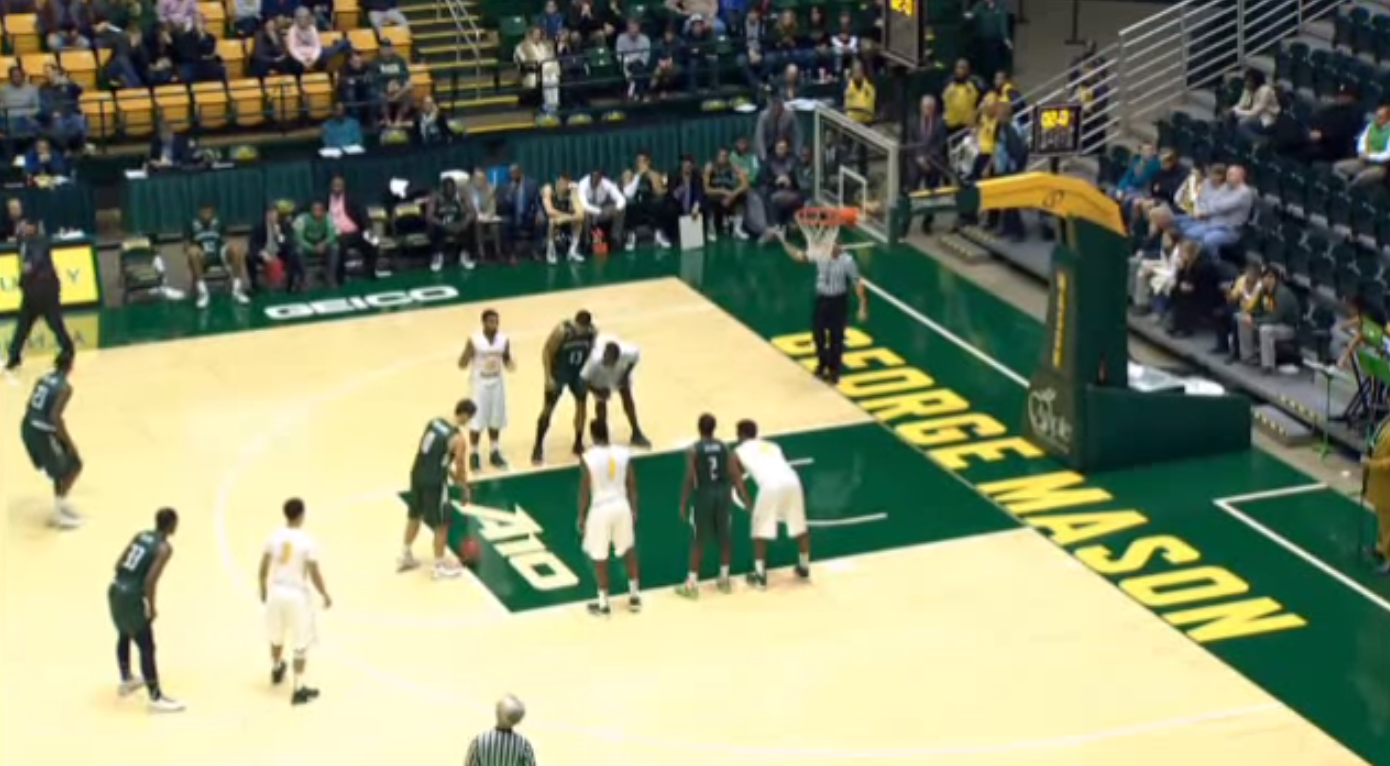 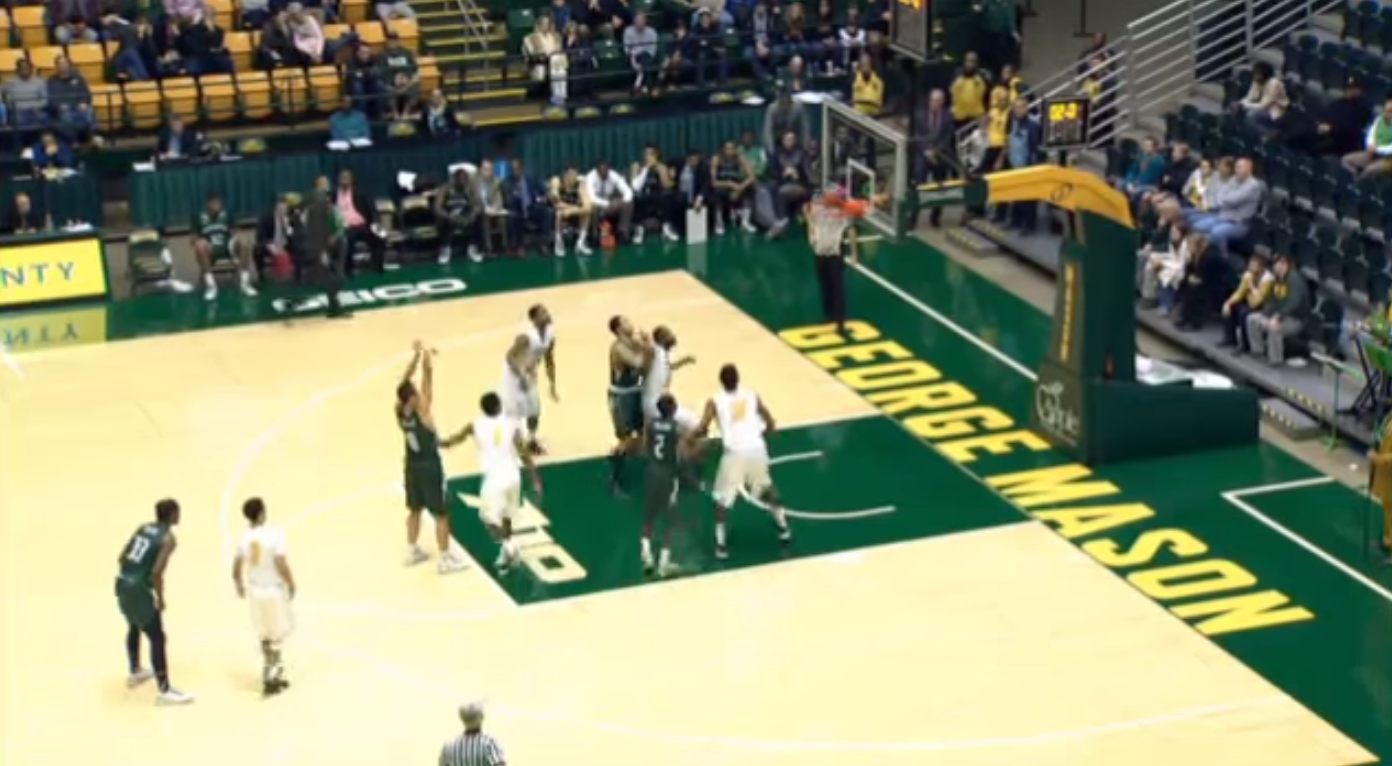 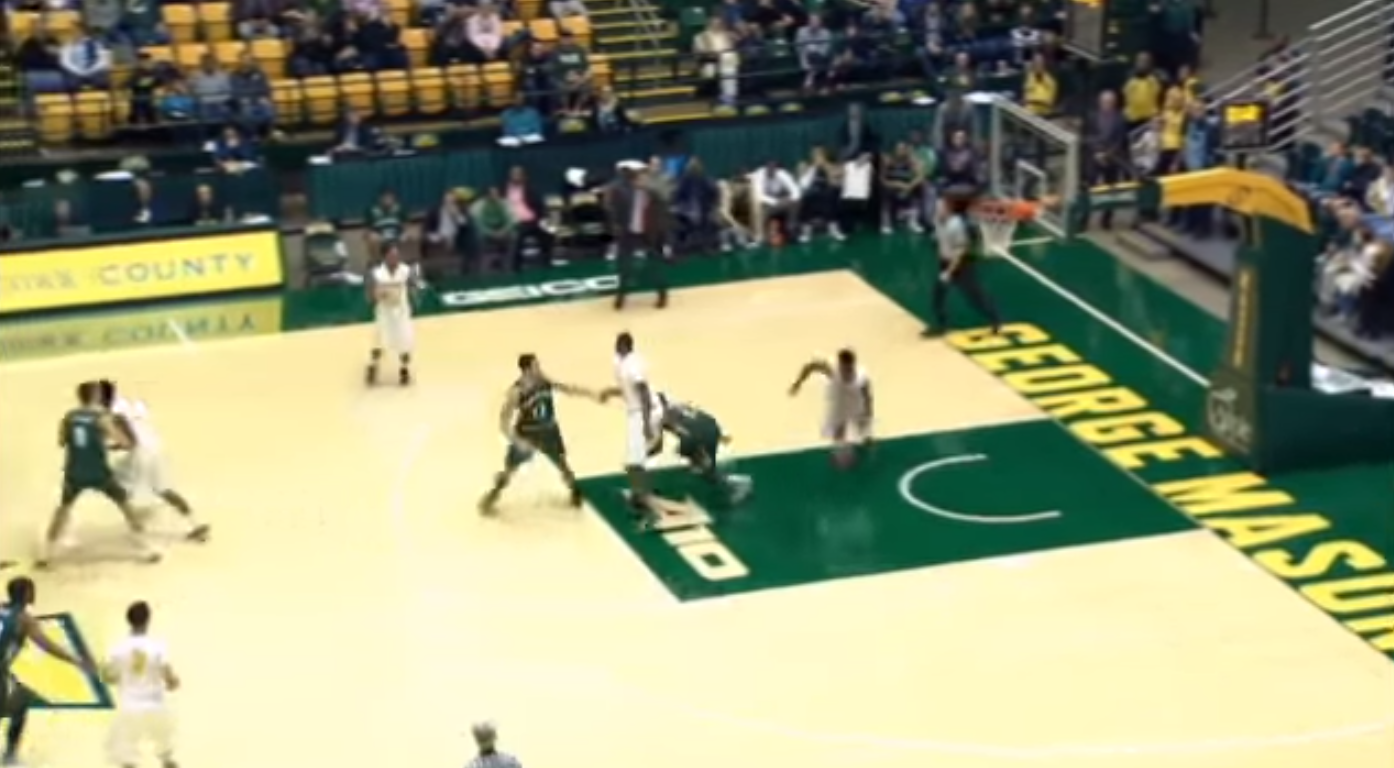 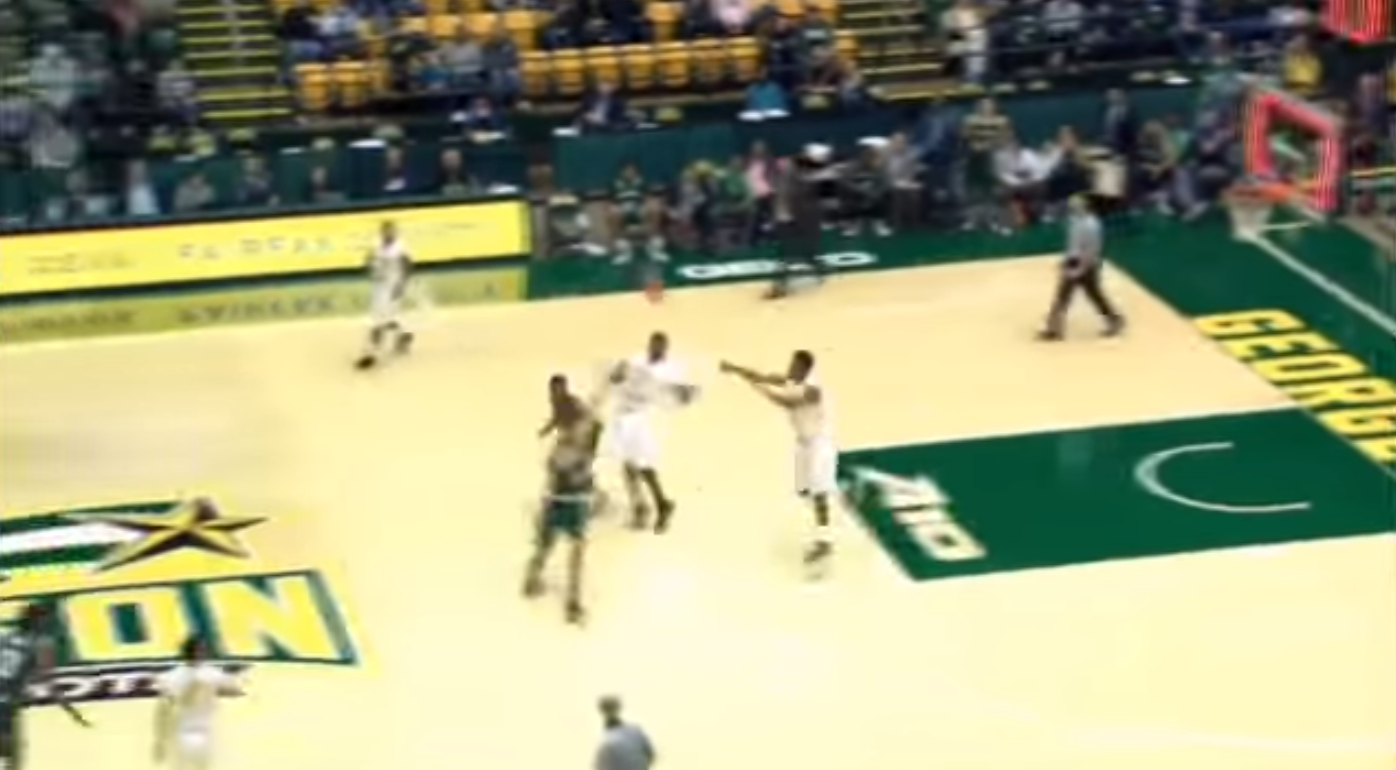 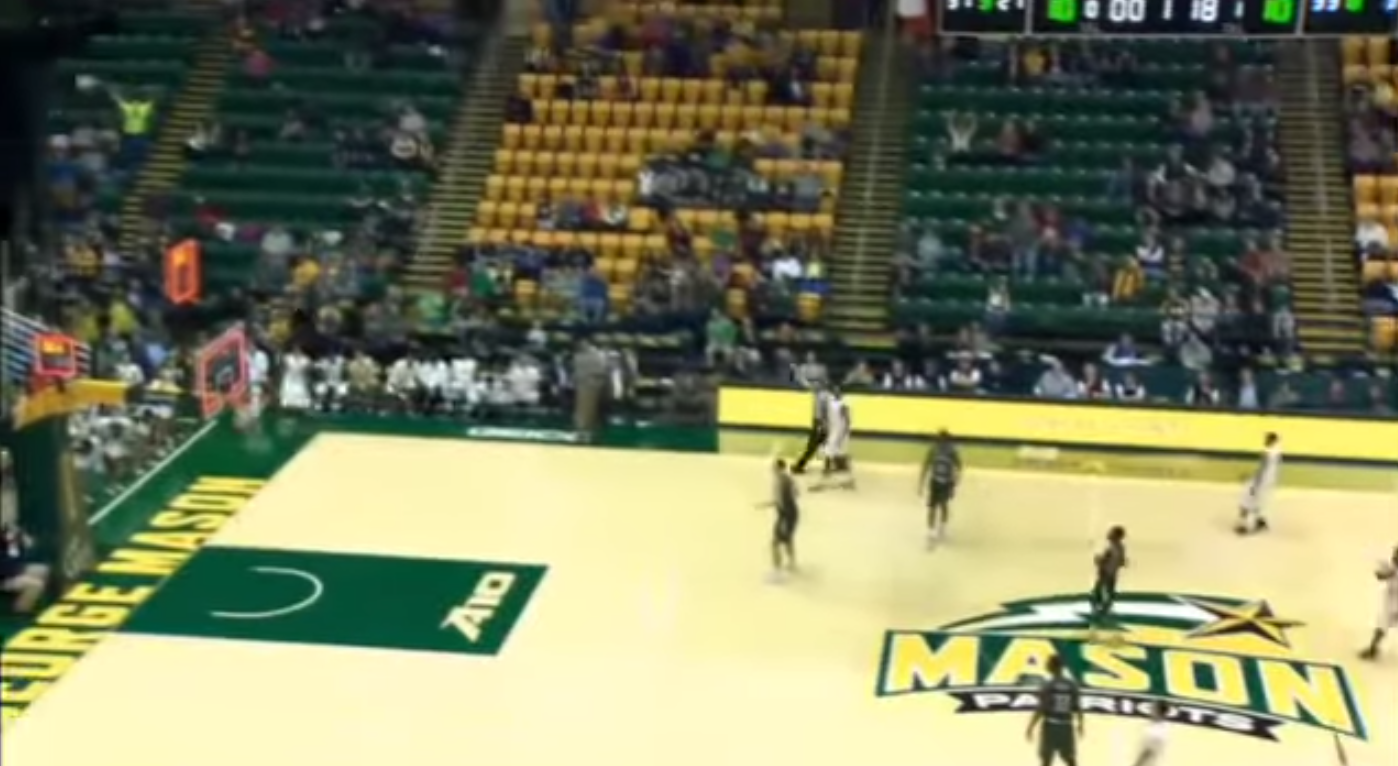 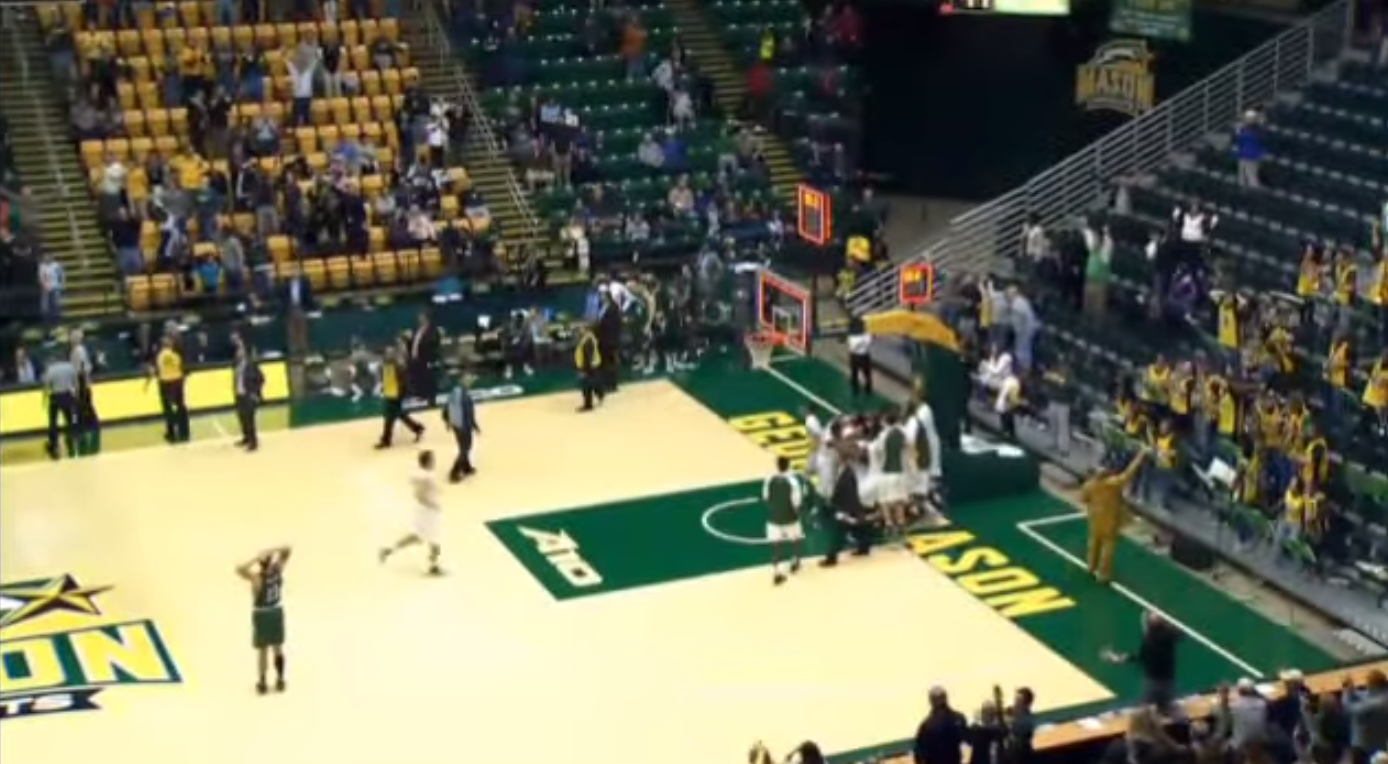