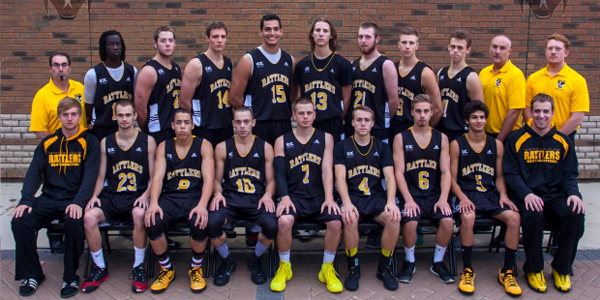 Most of us don’t have to think twice about our surname, and having it printed on the back of our jersey. But for one basketball player, that isn’t the case.

Guy Carbagiale Fuck (yes, you read that correctly) has been unable to use his surname for the past two seasons in Canada, having been requested by the coaches to go by just “Guy Carbagiale”, however, now he has decided to use his full name in all its glory.

CBC News has the full story:

The Brazilian-born forward says his surname is actually pronounced “Foo-key” and only became an issue when he moved to the United States to play basketball.

‘It’s my last name, I’m proud of it. Doesn’t matter if it means something bad.’

Fuck says his name is of German origin and means “fox” — but he agreed not to be identified by it because he was new to the country and knew it had a different meaning in English.

By the time he moved to Canada in August 2014 and started playing with the Medicine Hat Rattlers, he had enough.

“It’s my last name, I’m proud of it. Doesn’t matter if it means something bad,” he said.

However, Fuck was only allowed to use his real name after his team made it to the Canadian Collegiate Athletic Association men’s basketball championships in March. The team finished seventh overall.

And of course, newspapers have had some fun with it:

Give all the newspaper awards to @MedicineHatNews for this. pic.twitter.com/VoW97Zp2lU

Don’t get it twisted, Fuck can play too.

The 6’6″ inch hooper is averaging and 18 point, 10 rebound double double this season.

Despite his coaches being embrassed by it, guy himself has no problems. When asked if he’s ever thought about changing his last name he responded:

We’re with you, Guy!