It takes a story like former Milwaukee Bucks big man Larry Sanders’ to remind us that being happy should come first and foremost in everything.

Sanders was waived by the Milwaukee Bucks to officially complete his buyout at his request – as he walked away from a four-year $44million contract – to find happiness after battling with depression and anxiety.

“You know, values and the relationships with the people I love around me, that’s like my real riches, that’s my lasting wealth. I understand that it’s not what fuels happiness, happiness isn’t behind a golden gate, happiness is really an internal thing,” the 15th overall pick in the 2010 draft out of VCU said.

The 26 year old Sanders appeared in 27 games for Milwaukee during the 2014-15 NBA season, averaging 7.3 points, 6.1 rebounds and 1.4 blocks in 21.7 minutes of action per game – far from a bench warmer by any stretch of the imagination.

Watch his full reasoning in the above video or read the transcript below – much respect to this man and we wish him all the best for the future.

“I’m Larry Sanders. I’m a person. I’m a father. I’m an artist, I’m a writer, I’m a painter, I’m a musician. And sometimes I play basketball.

I think I love basketball. I’ll always be playing basketball. But for it to be consuming so much of my life and time right now, that’s — it’s not there for me. It’s not that worth it.

I will be branching and establishing things around me, as far as my family and if I get to a point where I feel I’m capable to play basketball again, then I will.

People are going to have their opinions about it, they gonna have their what they would do if they were in that situation and how they would handle it.

It’ll be the Twitter that says like “hey, I hope you gonna die!”, then the next one will be like “yo, I love you come to my team!” like, “come play for the Mavs”, next one’s like “go jump off a cliff!”, you know what I mean?

In a lot of situations it’s very admirable for a person to take that risk and follow their heart, and go after their intuition and their passion. I think for me it just seemed like a crazier, higher risk because of my higher paying profile job.

I think this is seen to be a desirable lucrative job and position so people say “How could you be unhappy there, how could that be a place that you don’t want to be?”.

You know, values and the relationships with the people I love around me, that’s like my real riches, that’s my lasting wealth. I understand that it’s not what fuels happiness, happiness isn’t behind a golden gate, happiness is really an internal thing.

Everyone wants to compare paths, I can compare…no, it’s just personal. You have an idea of where it should be or where it should go; my idea wasn’t even for it to go to the NBA, so how can I at this point say I’m off path or I’m going the wrong way?

You talk about the mental side of basketball, you know it being in that 1%, it being 90% mental, 90% of what you’re doing a day is mental, and that mental side should be catered to in that sense.

Cannabis came later on in my life. It was, for me, used medically, for some of the symptoms that I was having due to a lot of stress and the pressure I was under, given my work.

You come into the league, you get dropped this large amount of money out of nowhere. People automatically change around you. That just happens. You become an ATM to some people. You have to be correct in your statements. You have to state things a certain way. You give up your freedom of speech, for real. You really can’t say how you feel. There’s no one really, you know, trying to guide, teach you what you should do and shouldn’t do so you get lost, you get your money stolen. You come from not having anything, and money having to add up to a possession.

I wish I could have said goodbye formally to the Bucks at the arena, at the Bradley Center. I want them to know that it was never about them. It was never about the fans or how they treated me, because that was awesome. These decisions are for my family.

Every day your life begins, you have a day that is not like any other day. I’m at a point where I’m excited bout devoting my energy to these positive, positive things and people and making a difference in this unseen world.” 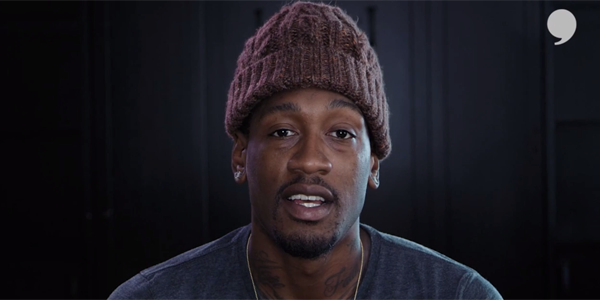 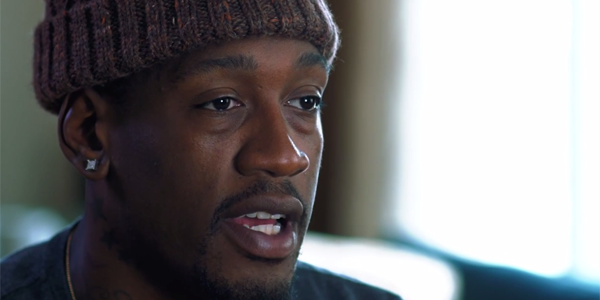 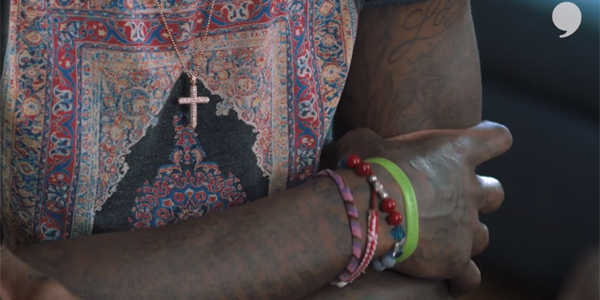