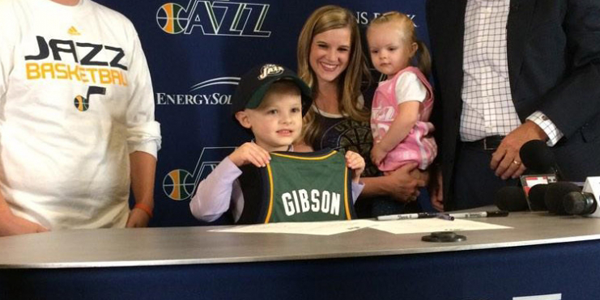 Five year old J.P. Gibson has been having a tough time of it ever since being diagnosed with acute lymphoblastic leukemia two years ago, so the Utah Jazz stepped up to give him a day to remember.

The Western Conference side signed him to a one-day contract, allowing him him to take part in their blue vs white scrimmage to see in the 2014-15 NBA season.

They signed JP on the Monday – even putting out an official press release.

Gibson, who was diagnosed with acute lymphoblastic leukemia in 2012, will be in uniform and join the Jazz on the bench for tonight’s open scrimmage at 6:30 p.m. at EnergySolutions Arena. He will sign his contract with Jazz President Randy Rigby at 5:30 p.m. in the Jazz interview room (Room 145), adjacent to the locker room. JP will be joined by his parents, Josh and Megan, and his two-year-old sister Elsie. The family resides in Layton.

“JP loves most sports, but basketball is definitely his favorite,” said Megan Gibson. “When he was just over a year old, he would sit with my husband Josh watching games. He started insisting on shooting hoops for an hour each night before bedtime when he was just 15 months old. He knows he has to be six before he can play Junior Jazz, and he reminds us all the time that he can’t wait until he’s six.”

The Gibson family is being hosted by the Utah Jazz and the “Anything Can Be” project, which is a part of the Millie’s Princess Foundation, dedicated to providing financial support and hope to families affected by childhood cancer. Photographer Jon Diaz, who is chronicling Gibson’s Jazz experience, asks children with cancer what their dream is, and he creates it in a storybook with the click of a camera and the magic of technology.

After sitting (in his own personalized jersey) with the Jazz players on the court as they were introduced, he took part in the Jazz interviews.

To kick off the team Q&A session, Jazz radio voice David Locke asked JP a few questions. It went like this:

Locke: How are you?

Locke: How many points are you going to score tonight?

JP also got to take part in the rookie dance-off alongside Danté Exum and Rodney Hood, and he went through team drills with Hayward.

And of course, he did actually get to play in the game.

Checking into the game in the third quarter, the ball was inbounded to Gibson who went coast to coast, all the way to the hoop where he got a boost from Rudy Gobert (who was on the opposition, but what does it matter) and threw down a soaring two handed dunk. Awesome. 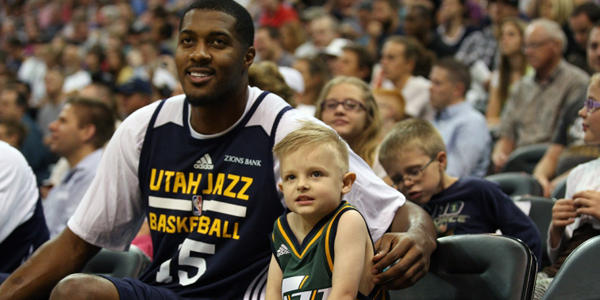 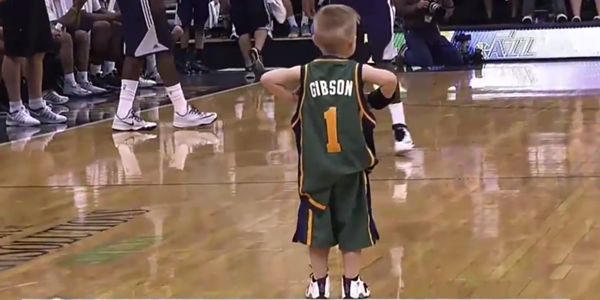 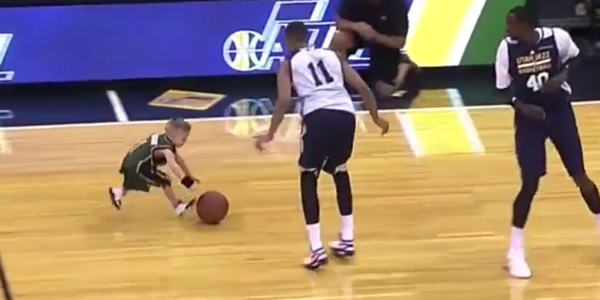 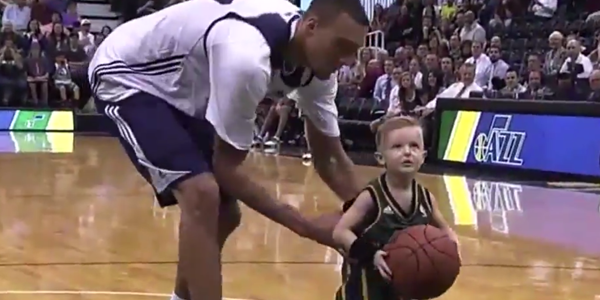 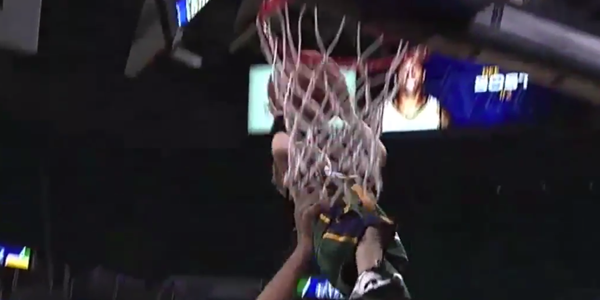