Share on Facebook Share on Twitter
No, thanks. [X]
No, thanks. [X]
A group of middle school basketball players walked off the court in the middle of a game when they heard bullying coming from the stands directed at cheerleader, Desiree Andrews, who has Down syndrome.

“We walked off the court and went to the bullies and told them to stop because that’s not right to be mean to another person,” said Miles Rodriguez, one of the players, told Fox & Friends Friday.

The athletic director at Lincoln Middle School in Wisconsin told the show he was proud of the boys for what they did, as well as Desiree and the other cheerleaders.

“It truly does take a village to do great things,” AD Tim Nieman said.

Brandon Morris, who was the boys seventh-grade coach at Lincoln told the Kenosha News, “One of the kids stepped up and said, ‘Don’t mess with her,’.

Eighth-graders Miles, Chase Vasquez and Scooter Terrien stormed off the court to confront the bully, who was giving Andrews a hard time.

“We were mad; we didn’t like that,” Rodriguez told the paper. “We asked our sports director to talk to the people and tell them not to make fun of her.”

In a video on TMJ4 news in Wisconsin, Andrews called the gesture “sweet, kind, awesome, amazing.”

“It’s not fair when other people get treated wrong because we’re all the same. We’re all created the same,” Terrien told TMJ4.

In a tradition that began last year, the introduction of the starting lineup for Lincoln’s boys basketball team always includes Desiree, coach David Tolefree told Kenosha News. He added that the gym was renamed “D’s House” in her honor, and students wear T-Shirts celebrating her inclusion with the team.

“They have really stepped up, almost like they are big brothers to her,” Tolefree said. “It’s good to see.”

Desiree’s father Cliff Andrews told the paper that his daughter’s interest in cheerleading came from the television show “Glee.”

Cheer coach and Lincoln teacher, Laura Stone, told Kenosha News she believes Desiree’s participation on the team, and at school, has helped her students grow.

“She has been very special to us,” Stone said.

Since the initial story went viral, this news station followed up to find out what these players had learned: 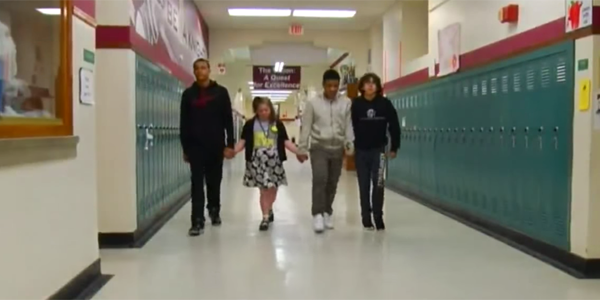 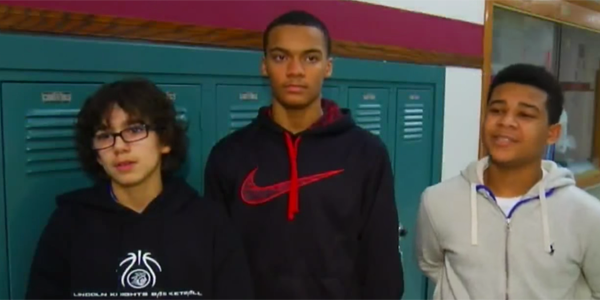 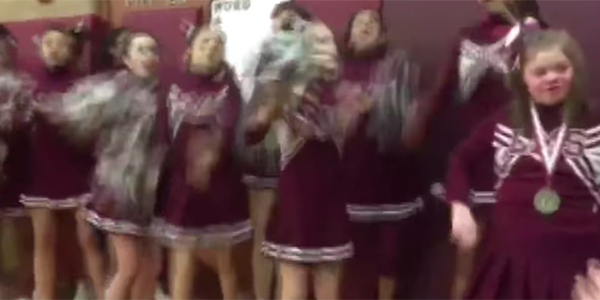