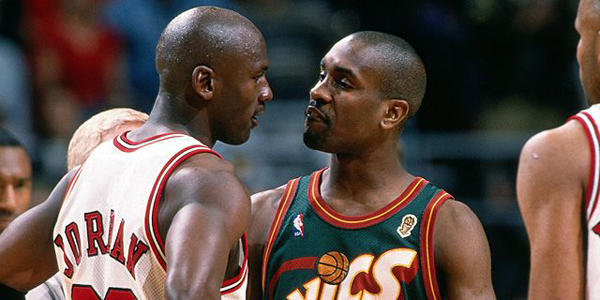 The one name that comes up more than any others when talking about the greatest trash talkers in NBA history, is undoubtedly Gary Payton, aka Gee Pee, aka the Glove.

While MJ and Larry Bird talked a lot, none of them took it as far as Gary Payton – who some might argue took it too far.

Even Payton’s teammates were sometimes overwhelmed by his verbiage. Michael Cage, who played with Payton in Seattle, once said to a SI journalist on playing with Payton: “You just want to go find a library or something. Someplace totally quiet.”

And like that journalist, Phil Taylor said: ‘He wasn’t the first player to talk smack, but he was one of the cockiest and most creative, and — credit him or blame him for this — he helped make trash-talking an expected, and largely accepted, part of the pro game.’ 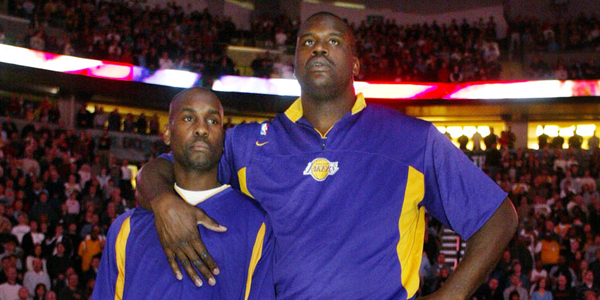 Shaq has both played against and Gary Payton, so has a uniques perspective.

“I played with GP and I played against GP, he just didn’t care,” Shaq once said on NBA Open Court. “The craziest thing about GP on the court, he was like that off the court. If he saw you in the mall…”remember that time I crossed you up big fella and I gave you that thang and you almost pulled your arm out of the socket…you can’t guard me boy, I’m a Hall of Famer, I’m first ballot boy, I’m first ballot!” 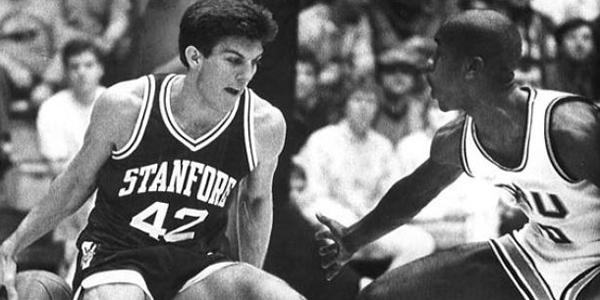 As a freshman, Payton hit a male Oregon cheerleader between the eyes with a wad of gum. The cheerleader, who’d invoked the inner-city fighting words, “hookhead,” against Payton, had to be restrained. Payton was not; to his relief, Pac-10 officials never invoked a code of silence against him.

With such impunity, Payton was his trash-talkingest best with the homeys in the Bay – Cal and Stanford. “Get someone out here who can guard me!” he screamed at the Cardinal bench when Stanford’s physical tactics “got under my skin” last year. He maintained a running verbal feud with Bear fans during visits to Berkeley.

“I started talking back, and it was like thousands against just Gary – who’s going to win?” Payton says. “It hyped me up. If somebody talks to me from the crowd, I can talk back because I can back it up. As soon as I do something good, they’re going to shut up.”


Do a Google image search for Gary Payton, and one of the earliest and most frequent pictures you’ll see is of him jawing at Michael Jordan in the middle of the 1996 NBA Finals (the image at the top of this post). It looks like Payton is about to drop an F-bomb … and according to his recollections, that’s probably a safe bet. 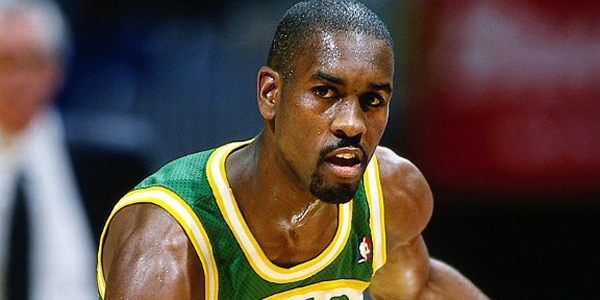 As a rookie in his first preseason game Payton says he talked trash to Jordan, too, while MJ rested on the bench.

“It was an experience. And I had to go against Michael Jordan and had a good game. When it came to the season Michael Jordan remembered and at the first tip ball he said, ‘hey, I got the young fella’. He said don’t forget I remembered about preseason and what you did and he had 35 on me.”

“… I was talking real bad and he doesn’t real play that much in the preseason. … I had like 19 points and he was still on the bench and I was still talking.”


Payton revealed in an interview that there is no line when it comes to trash talking. In his own words:

“My whole strategy to a guy was, if I do what was really personal in his life, it wasn’t really a good thing, but I’m telling you guys now that was me, that was just the way it was, you can hate me on the basketball court but I would say sorry to you afterwards. if I knew something about a person’s mother, his sister, if he had just got a drunk driving charge, I would go at that situation. It might be cruel to some people, but I would go at it.”

5) “Man, you won’t even be in the league next year” – Gary Payton vs Jamie Feick 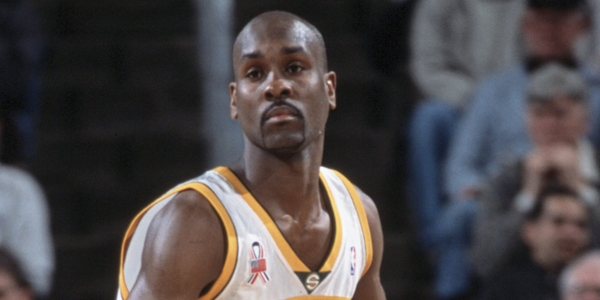 From a 1999 ESPN The Magazine interview with Dan Patrick, Payton revealed how what might be considered “normal” talk from him caught a role player off guard.

DP: Is there somebody who has no business talking trash?
GP: Jamie Feick. He said something to me. I said, “Man, you won’t even be in the league next year.” And then Scott Burrell came over and said I hurt Feick’s feelings.

Unfortunately we can’t work out exactly what is being said in this clip with Voshon Lenard, but what we do know, is Gary Payton clearly gets in his head.

Visuals are always useful, so watch the master in action as he frustrates Voshon into 3 quick fouls! 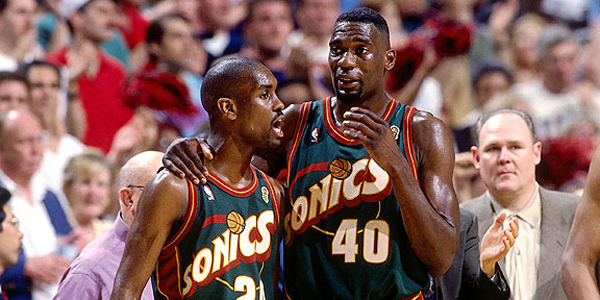 His running mate in Seattle, Shawn Kemp, had this to say of Gary Payton’s trash talking:

“He was the type of person who wanted to tell you before the game what he wanted to do. He would tell ya, ‘I’m gonna beat you down, I’m gonna score 20 points on you and have 10 assists and there’s gonna be nothing you can do about it’ and he would go out and get 20 and 10 and do a pretty good job of it!” 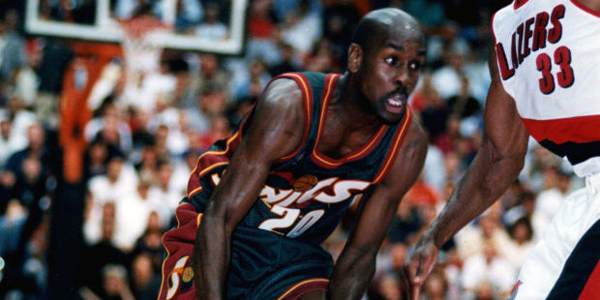 In one clip on YouTube, when a young Payton and his Seattle Super Sonics side are taking on Portland, after GP scored a layup he exclaims:

“I can do anything I want out here boy, anything.”

9) “Sit Down You Smurf” – Payton to Sidney Lowe 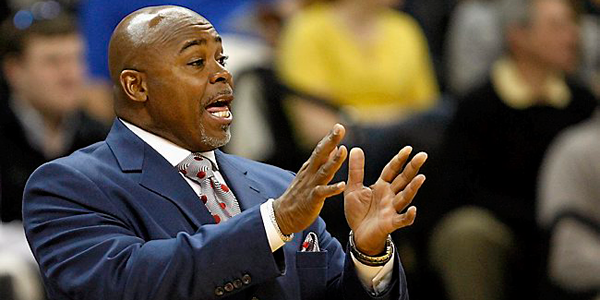 In one of his most infamous trash talking episodes, “Sit down, you smurf,” was what he said one day to Sidney Lowe, the former Timberwolves coach. 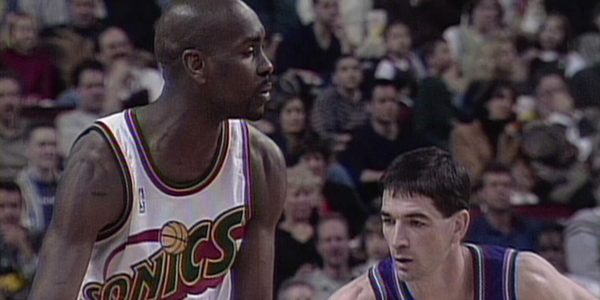 This excerpt from a NY Times feature on Payton, talks about what Payton would say against his arch rival John Stockton (who he would later argue was harder to guard than Michael Jordan)/

‘Payton shoots eight ball for cash and 15-footers for cash, and he talks trash during each. He will yell, “Paper,” which is slang for money, when he shoots a jumper over John Stockton.’ 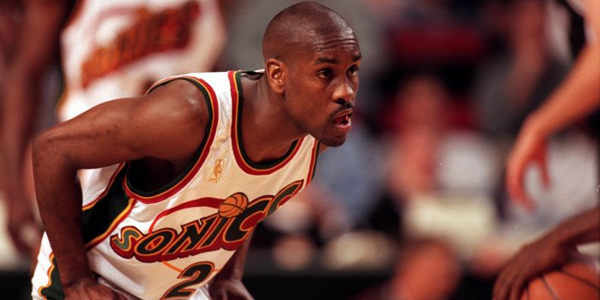 To a heckler in Sacramento, he said, “You’re paying to see me; I’m not paying to see you. So why don’t you shut up and watch the game.” 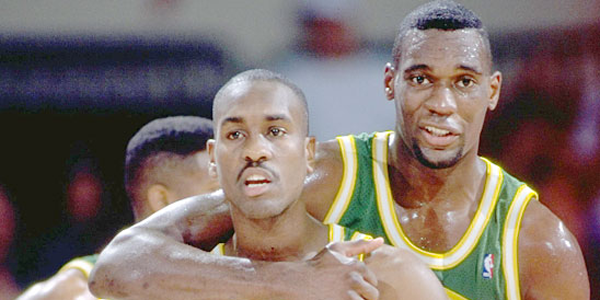 “He’ll score 15 in a quarter, and every time he scores on them, he’ll laugh at them. ‘Why you out here? You don’t belong in the league. You’re a C.B.A. guy.’ Trashes them pretty good.” 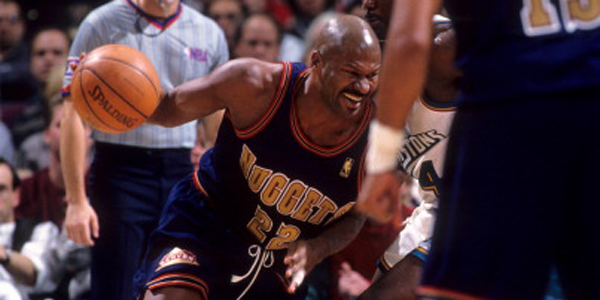 Perhaps the one instance that went way too far, in Game 1 of the 1994 playoffs, the Sonics opened up against Denver with expectations of rolling into the finals.

Of course, we all know what happened there, but one sub-plot was the verbal battle Gary Payton and Ricky Pierce got into, according to then Sonics Head Coach George Karl.

“Three years ago I didn’t see the first outbreak, but he and Ricky Pierce got into some kind of a discussion at halftime of the first Denver game, and they were threatening to get guns,” Karl said of the altercation. “The players told me they had guns in their bags. It was, ‘I’ll kill your family.’ It was crazy. ” 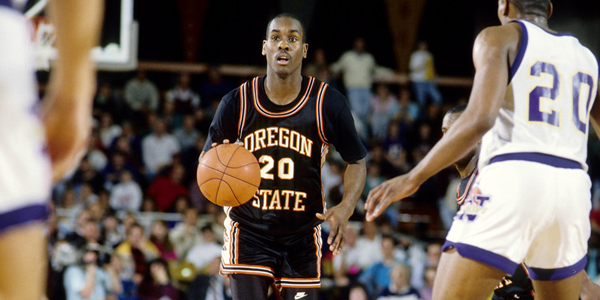 Writing for Sports Illusrated, Phil Taylor shared this gem of a story:

“It will not surprise you to learn that the first time I saw Gary Payton in person, he was talking. It was in 1990, when he was a senior at Oregon State and I was a writer for The National, and I had arrived in Corvallis to interview him for a feature story. A sports information staffer brought me to the gym, where I waited while Payton finished his end-of-practice shooting drills, catching passes and hoisting jumpers from the top of the key.

“Every release came with accompanying commentary. “Put your hand down, you can’t stop this. Too late. Take the early bus and get here quicker next time. Don’t even turn around, you know it went in. Ooh, another one. How’d that feel?” All the trash talk wouldn’t have seemed so unusual, since Payton’s chatty reputation was already well known, except for one thing: No one was playing defense. Payton was taunting the air.

“When he was finished, I asked if he always verbally abused imaginary defenders. Payton cocked his head to one side and gave me that quizzical look that would become so familiar to NBA fans, the one he would give referees who called a foul on him when his plastic wrap defense became a little too aggressive. He looked confused for a moment, as if he didn’t realize he had been yapping while shooting. Then he said, “It just comes out of me. If you know me, you know I’m always gonna talk.” 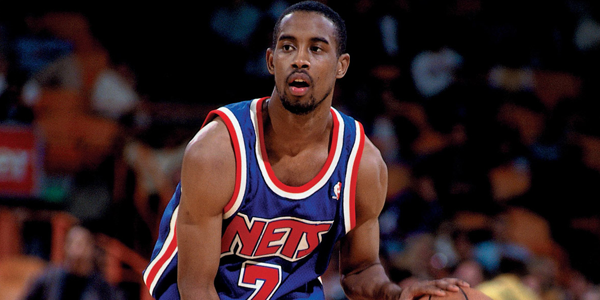 Before a game against the Nets, he looked at the sparse crowd at Meadowlands Arena and said to opposing point guard Kenny Anderson, “At least nobody will see me take the ball from you.” 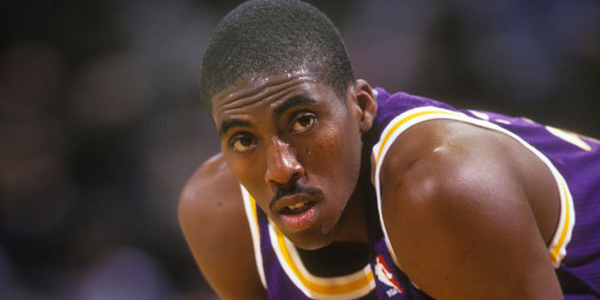 In the 2014 playoffs, Lance Stephenson set the internet on fire when he blew in LeBron’s ear during the game – however – he wasn’t the first to do it.

Gary Payton came before him:

“Not enough notice has been given to Payton’s ability to be a silent irritant, as well. I once saw him cap off an evening of annoying Lakers guard Eddie Jones by walking up to him during a dead ball and blowing in Jones’ ear. Just blew in his ear for no reason. Kept on walking. That was Payton.”

Jason Kidd and Gary Payton’s relationship goes way back, with Payton being Kidd’s early mentor as they grew up together in Oaklands.

“And I would come back, but my ego and my game was a little wounded.” 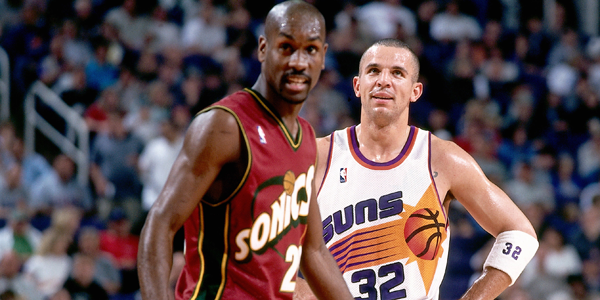 Kidd also added this great story, of ‘awakening the beast’:

‘I’ll never forget this, we’re playing in Tacoma, I’m in the NBA playing for Dallas, I’m a rookie playing against Gary. We always looked at each other, always said hi, but after the tip ball we were going at one another. And I’ll never forget, he’s posting me up and I pretty much know what he likes to do, so he went into his move and I blocked it. I told him ” get that stuff out of here” but I didn’t say stuff. He looked back at me and that was a big mistake. He went on a 15-0 personal run and we ended up losing the game.

‘So I went up to him after the game and said “hey my bad, I had a mental block I forgot who I was playing, I didn’t mean to say that to you”. He said “Oh no, you woke me up, it definitely helped me.” I said ‘Don’t worry about it, it’ll never happen again.”
Source: YouTube

Let us know what you think in the comments and share with your friends using the buttons below!