Share on Facebook Share on Twitter
No, thanks. [X]
No, thanks. [X]
Down 14 to the University of Portland at the end of the game, Portland State’s Bryce White did something that could either be seen as playing hard to the final whistle, or being unsportsmanlike.

As Pilots guard Alec Wintering was dribbling out the clock near the half court line, White came over, gave him daps and acted like he was gonna let the game finish. He then stood a few feet away before coming over looking like he was doing the formal end of game handshake, but instead ripped the ball away from Wintering and went the length of the court for a dunk.

The dunk cut Portland State’s deficit to 12 with 1.4 seconds to go, had no impact on the final result in the win loss column and, well, just made the 6’5″ sophomore look like a bad loser. It did inspire a chorus of boos from the crowd as well.

White was just 3-of-10 shooting the ball from the field prior to his late dunk and the Vikings had been down by as many as 27 points midway through the second half before going on a late rally – by which time it was too late.

What do you think? Tacky play or hero for playing hard?

Here is an alternate angle that missed the dunk: 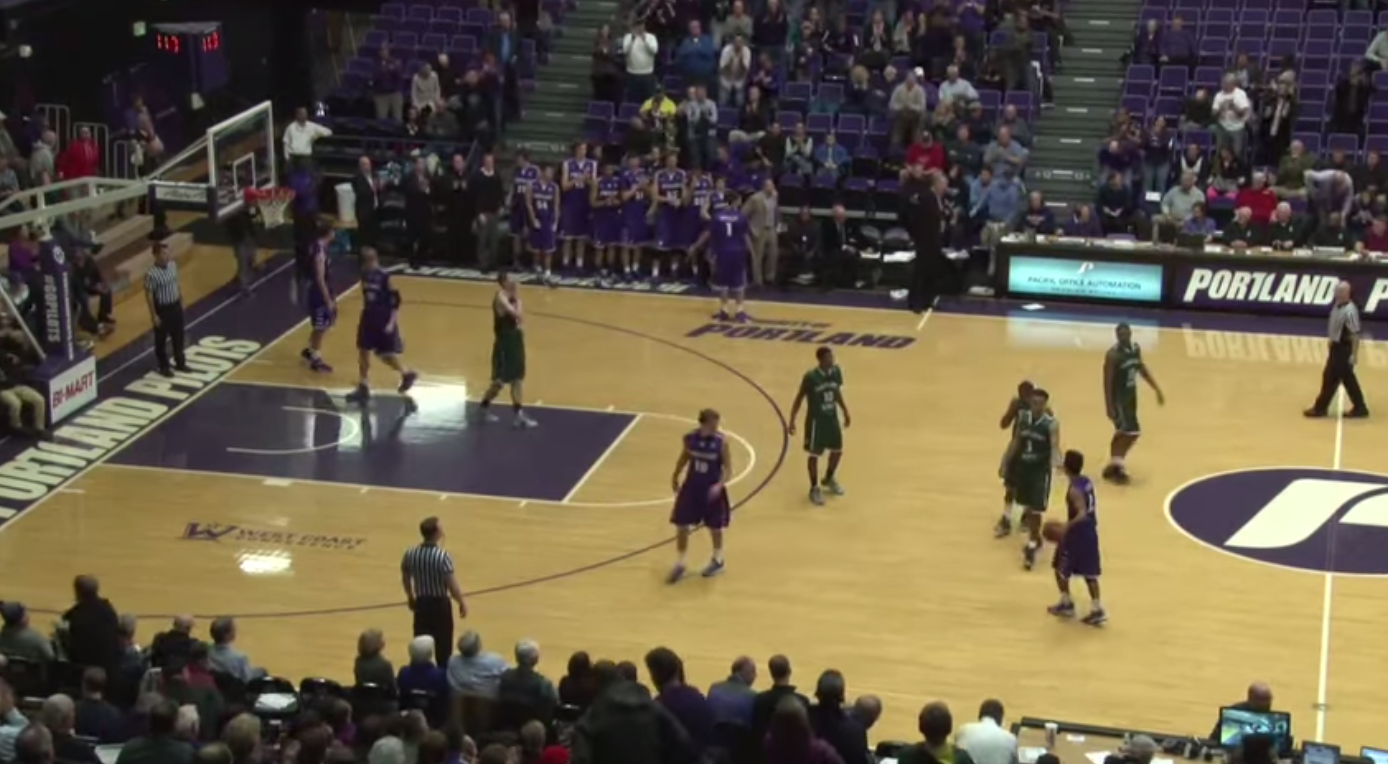 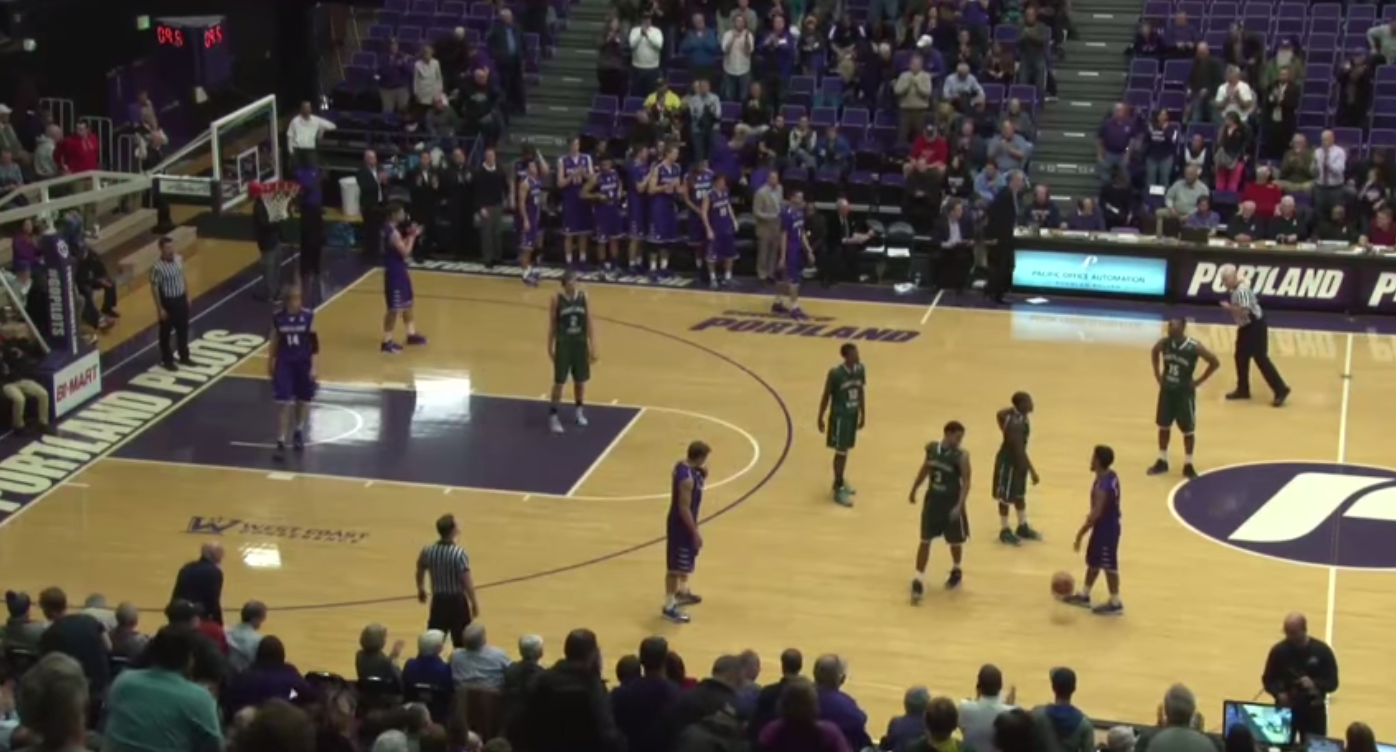 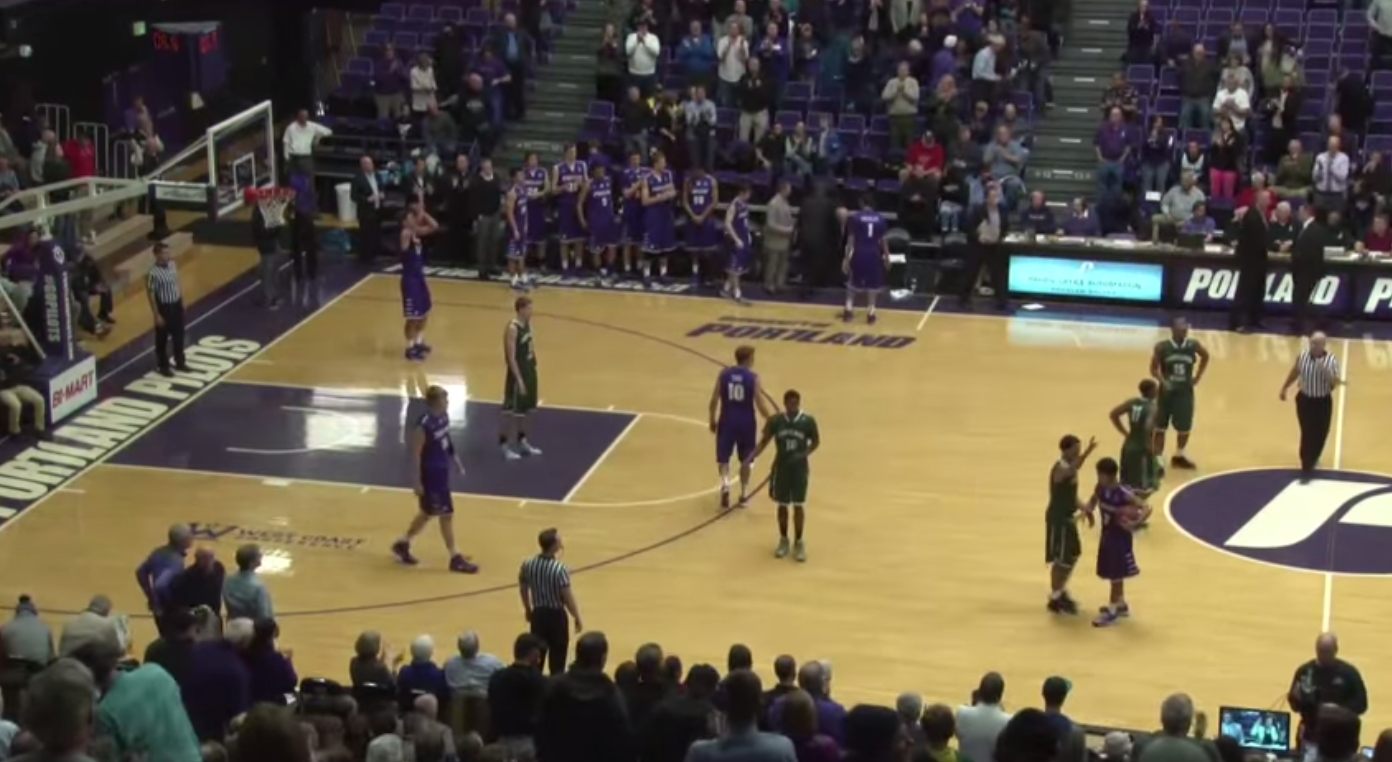 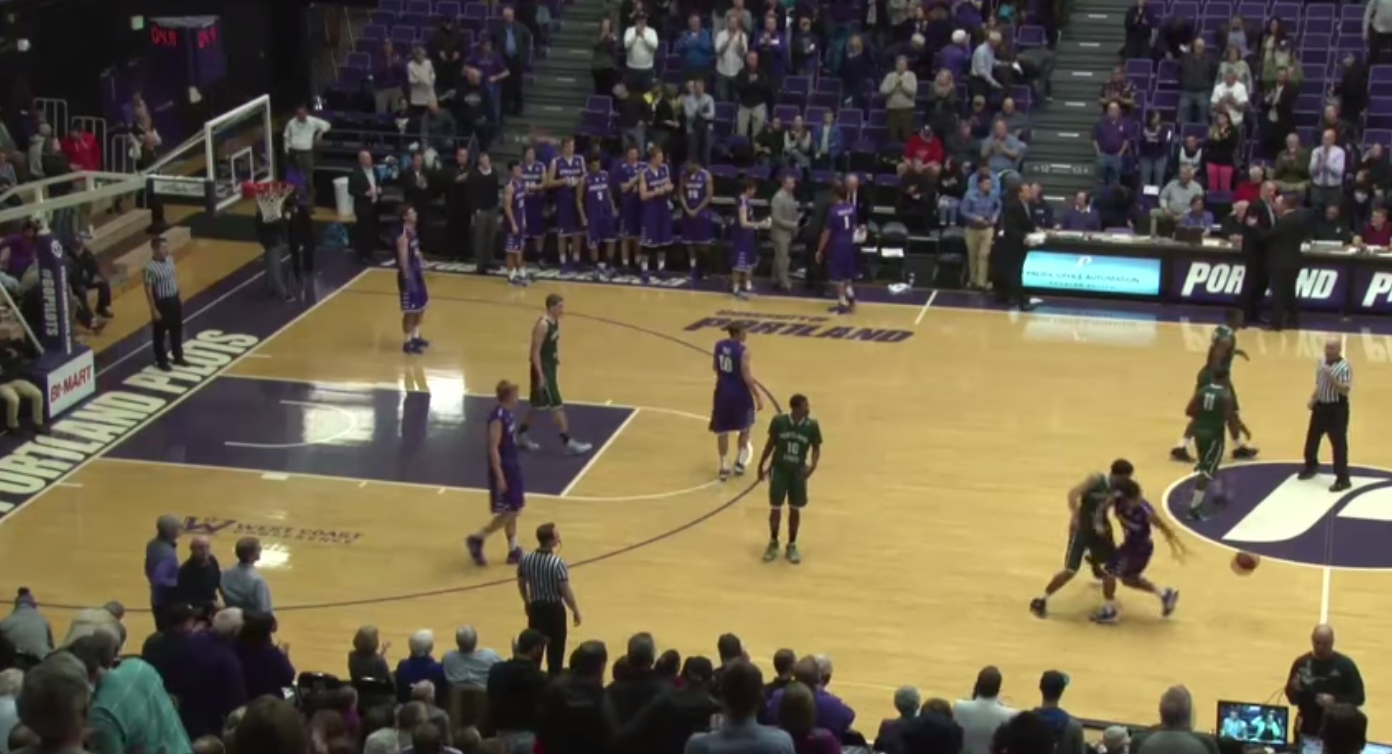 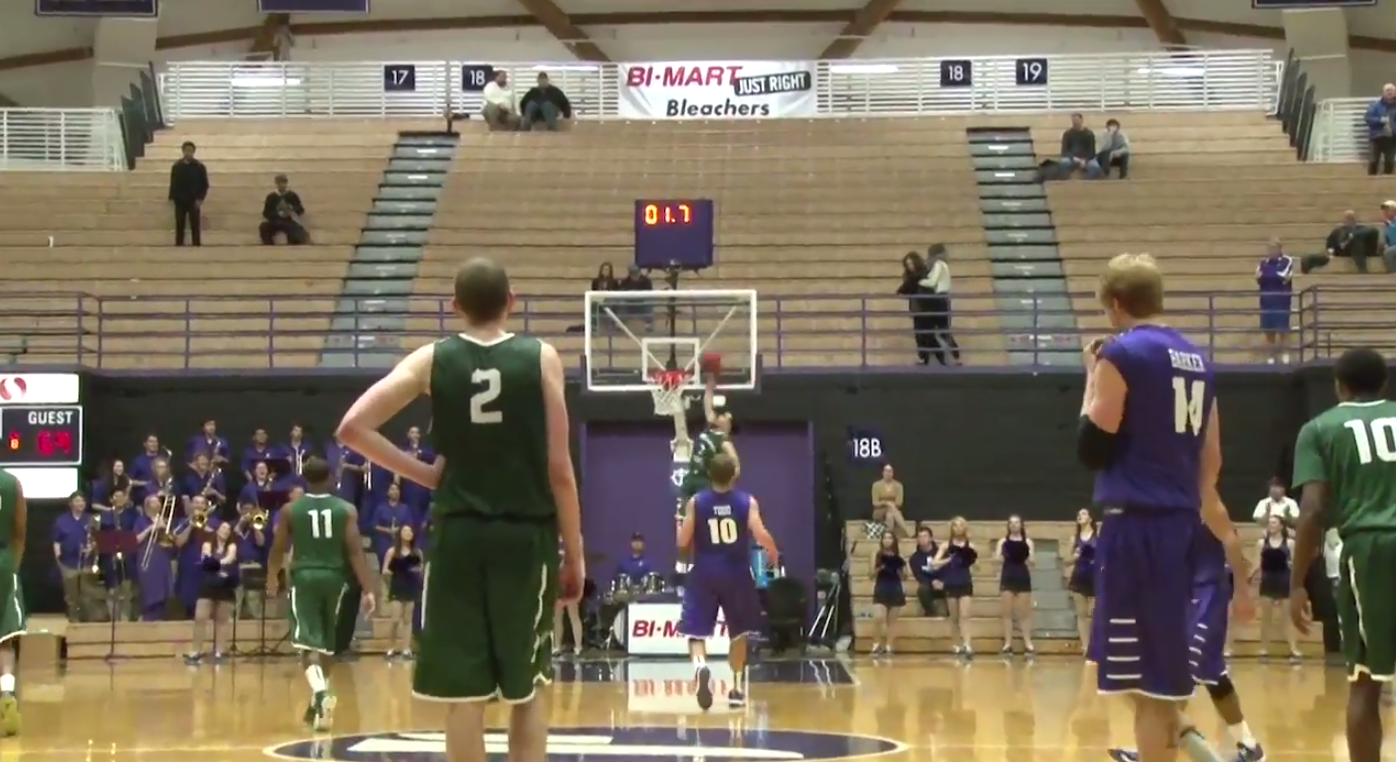