Share on Facebook Share on Twitter
No, thanks. [X]
No, thanks. [X]
We all know that Jordan Kilganon is the single most creative dunker on the planet right now (remember in 2014 when he just brought out 8 new dunks that had never been seen before?), and he might have just upped them all.

With a number of new dunks to his name, his latest offering is upping the levels yet again. Making an appearance at the University of Toronto with NBA Canada, whilst his teammate Justin Darlington held the ball, he approached, grabbed it, brought it around his back, and then stuck his whole forearm in the rim for a honey dip/elbow dunk.

Though we saw a (not as clean) preview of this dunk in a video released on Hoopmixtape in 2015, as far as we’re aware, this is the first time it has been made in a contest.

We can’t wait to see what he comes up with next – learn how to jump like Jordan with his Bounce Kit vertical jump program. 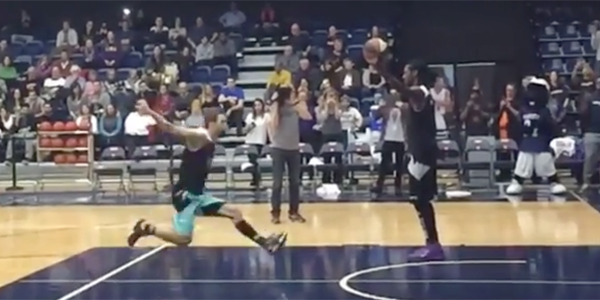 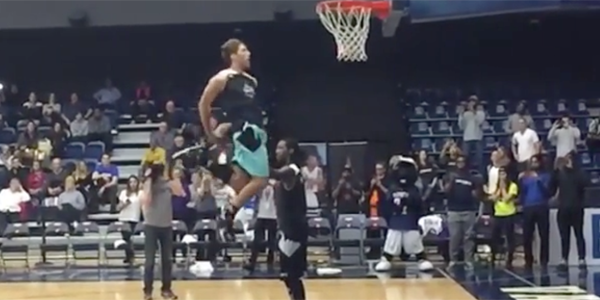 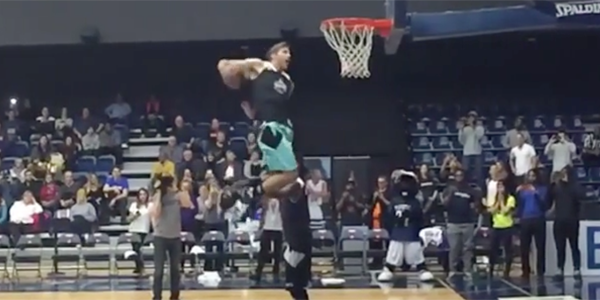 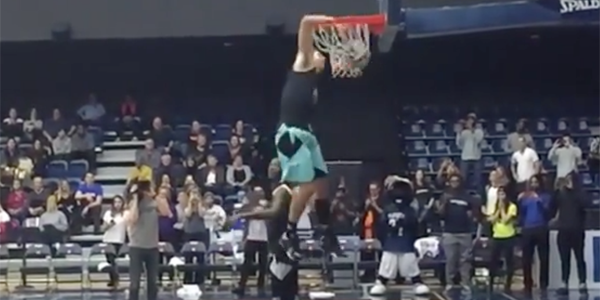 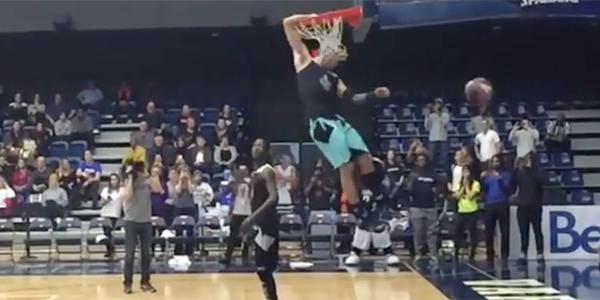 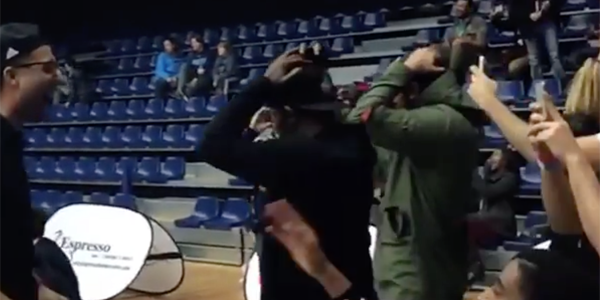