Referee Rick Crawford threw the ball up for tip off but was inadvertently struck in the face by Vanderbilt center Damian Jones to begin the the consolation game of the Barclays Center Classic.

The 19-year official got caught square in the face by the elbow/arm and fell to the floor where he was tended to by trainers and medical professionals for around 10 minutes before being stretchered off to hospital. Luckily, he’s ok.

Crawford told The Associated Press he “felt an elbow hit me across my right eye and then I just went down,” following the tipoff.

“It was a little scary,” Crawford said, who added he did not have concussion symptoms. “I think after the elbow hit my eye, my head hit the floor. I was fully conscious. I was aware of what was going on. So it was a little scary. Just a little knot over my right eye.” 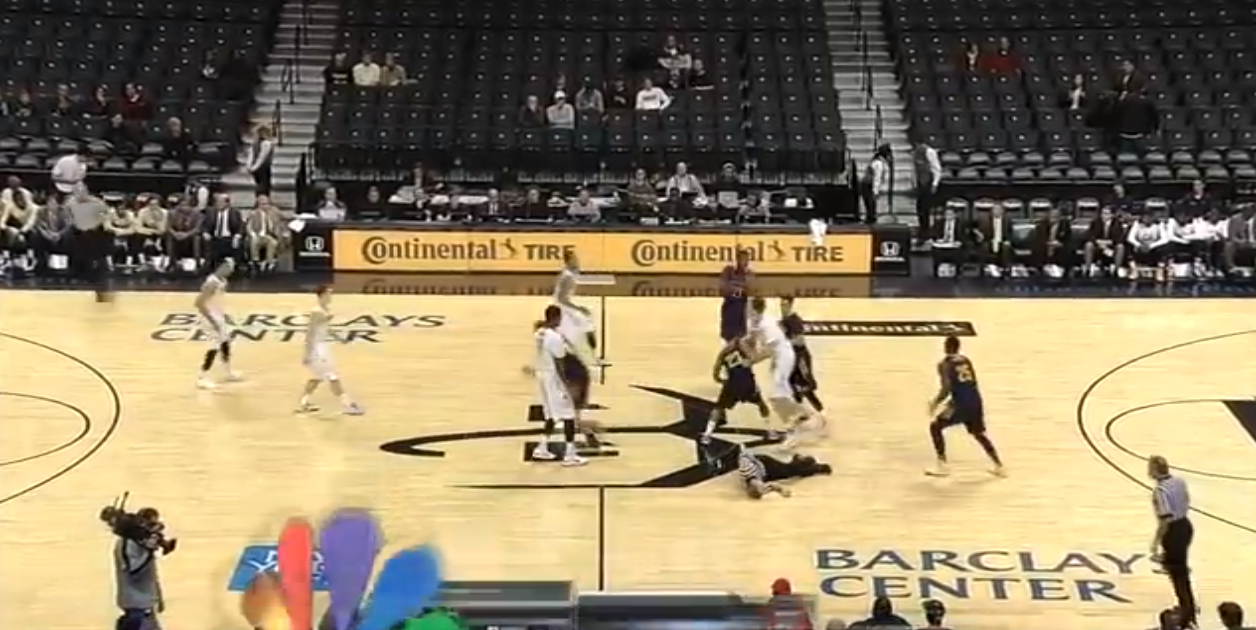 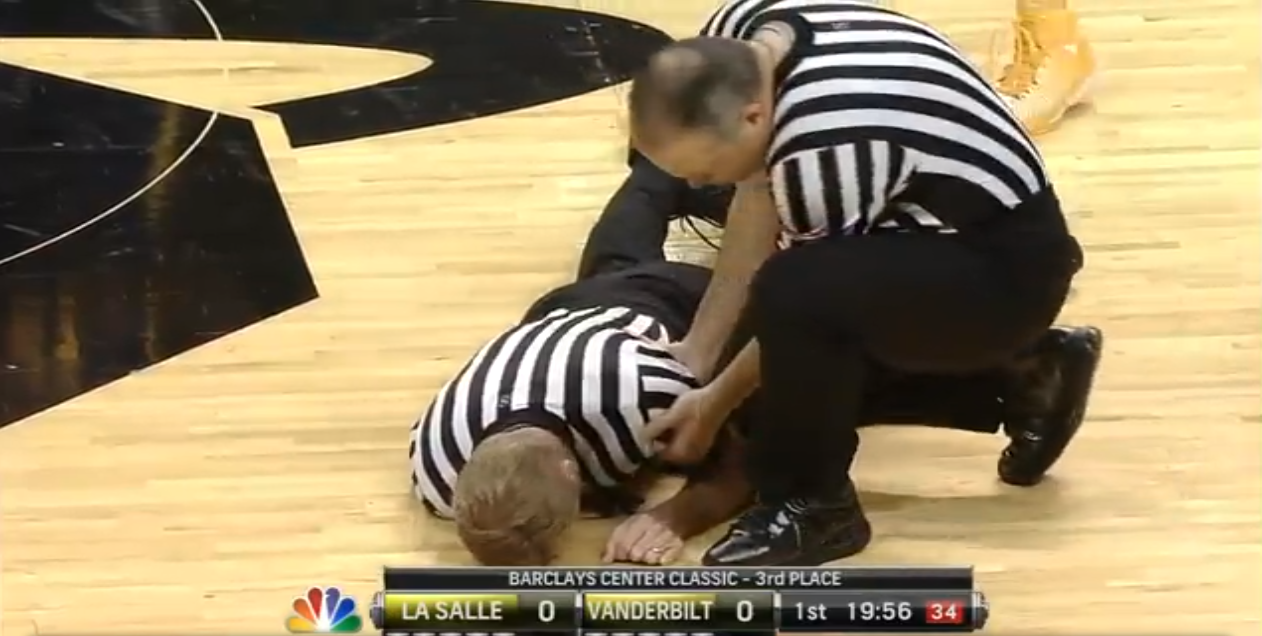 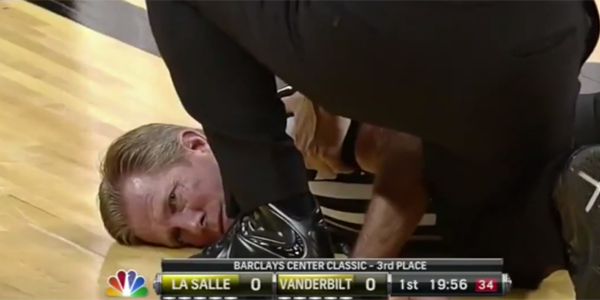