Share on Facebook Share on Twitter
No, thanks. [X]
No, thanks. [X]
There are stories of Michael Jordan’s trash talking that go on for days, but this one, from Reggie Miller, we hadn’t heard until now when he shared it on the Jimmy Kimmel Live Show.

“I’m a wide eyed energetic rookie, and we’re playing this exhibition game and Michael’s going through the motion. Chuck Person, who’s on my team, who’s a trash talker as well, is like, ‘can you believe Michael Jordan, the guy everyone’s talking about, the guy who’s supposed to be able to walk on water, and you’re out here killing him Reg’, and this was in the first half, ‘he’s like you should be talking to him’.

“I was like, you know what, you’re right; ‘Michael, who do you think you are? The great Michael Jordan? That’s right, there’s a new kid in town’

“And as he’s walking off he’s like ‘Be sure and be careful you never talk to Black Jesus again”.

Jimmy Kimmel then asked “Did you ever do it again?” To which Reggie responded”

The legend goes on. lol.

If you liked this share it using the buttons below, then read 19 Awesome Stories About Michael Jordan’s Trash Talking! 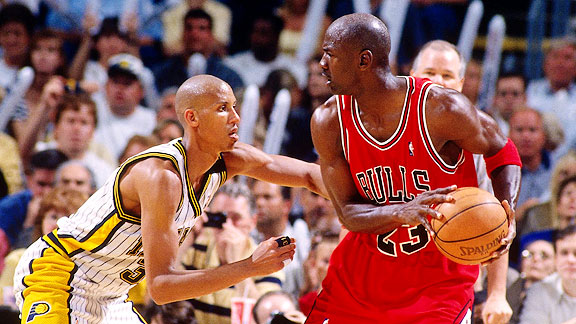 Reggie and Michael had their battles over the years, including this one that turned into a physical fight: 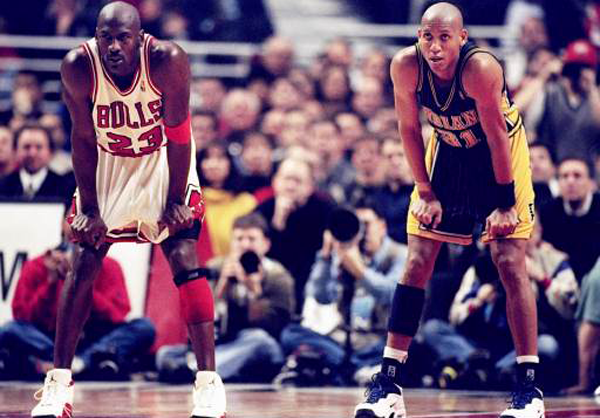 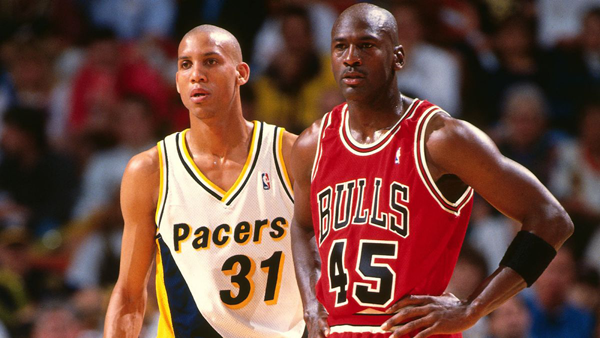