A college basketball coach who had a torn achilles so had to lead his team from a stool, appeared to forget that fact when his son hit a game winner in the dying seconds – sending him sprawling on to the floor.

Georgia State Coach Ron Turner, who injured his achilles celebrating his team’s last victory (video below), toppled off of the stool where he had cheered on the Panthers after his son RJ sent the 14-seed past Baylor into the 2015 NCAA tournament’s third round

Hunter’s deep three-pointer put the Sun Belt conference champions up 57-56 with 2.7 seconds remaining, and his team held on for their first tournament win.

Baylor, from the Big 12 conference had been favorited in the game by 9, though Georgia State was able to beat the Bears behind the younger Hunter’s 16 points.

The Panthers had been down by 12 with less than three minutes left before surging back for a stunning comeback.

Coach Ron Hunter’s assistants helped him get back into his chair after he was literally floored by his son’s last second heroics.

He had been perched on the rolling chair after he tore his Achilles tendon celebrating the team’s Sun Belt victory over Georgia Southern.

The proud father, 50, was wearing a cast and often tried to stand up before being restrained by other coaches during the game.

Here is the video of when Coach Turner originally injured himself: 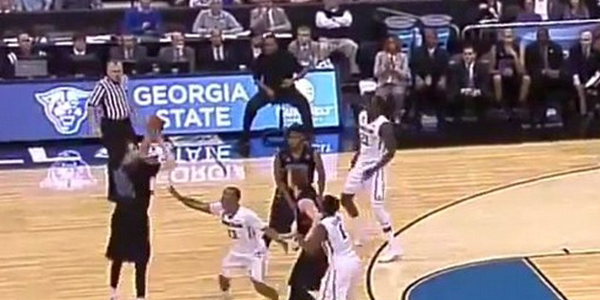 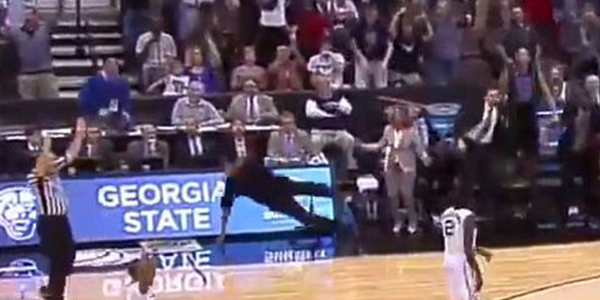 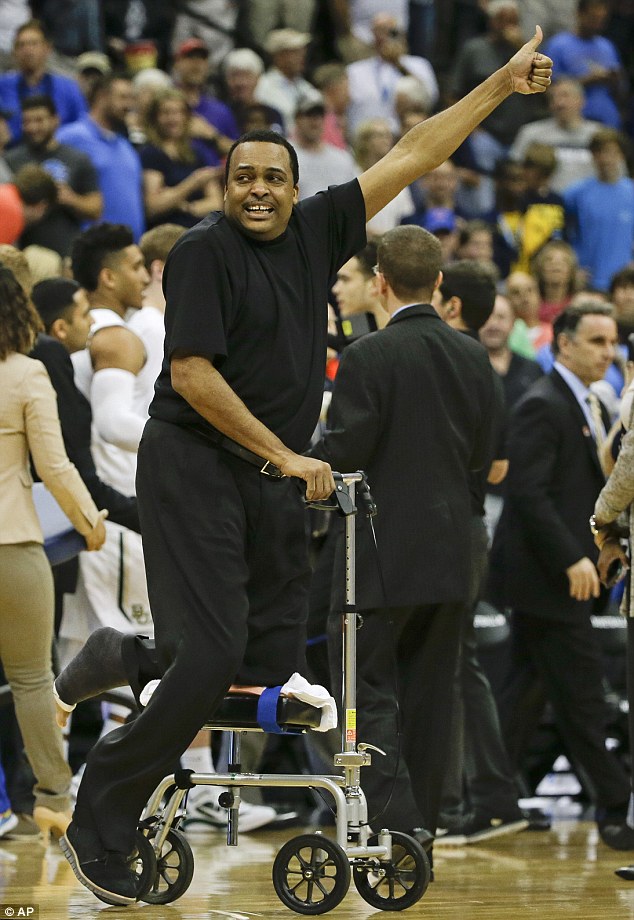