Jason McElwain’s story could well be on of the most awe-inspiring basketball moments of all times.

It was the stuff of Hollywood, but it was real.

Senior McElwain had been the manager of the varsity basketball team of Greece Athena High School in Rochester, N.Y.

McElwain, who’s autistic, was added to the roster by coach Jim Johnson so he could be given a jersey and get to sit on the bench in the team’s last game of the year.

Johnson hoped the situation would even enable him to get McElwain onto the floor a little playing time.

He got the chance, with Greece Athena up by double-digits with four minutes go to. 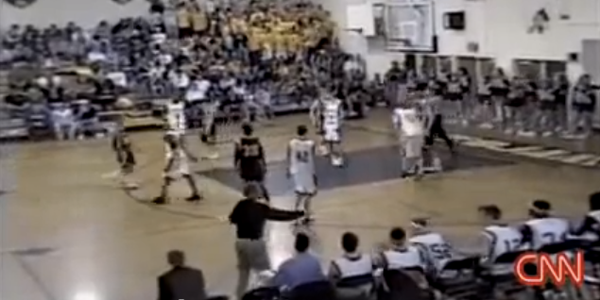 And, in his first action of the year, McElwain missed his first two shots, but then sank six three-pointers and another shot, for a total of 20 points in three minutes.

“My first shot was an air ball (missing the hoop), by a lot, then I missed a lay-up,” McElwain recalls. “As the first shot went in, and then the second shot, as soon as that went in, I just started to catch fire.” 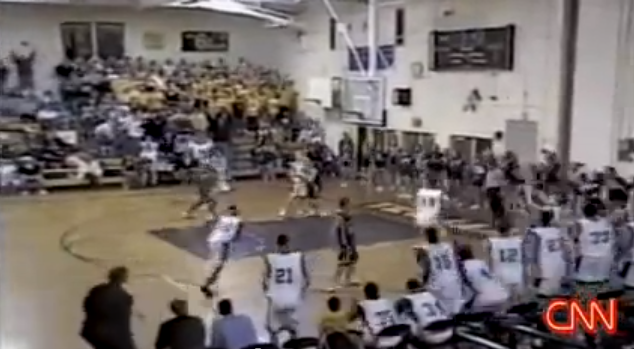 “I’ve had a lot of thrills in coaching,” Johnson says. “I’ve coached a lot of wonderful kids. But I’ve never experienced such a thrill.”

The crowd went wild, and his teammates carried the excited McElwain off the court. 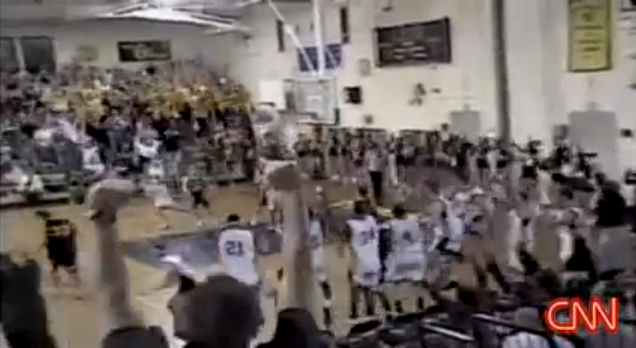 McElwain’s mother sees it as a milestone for her son. 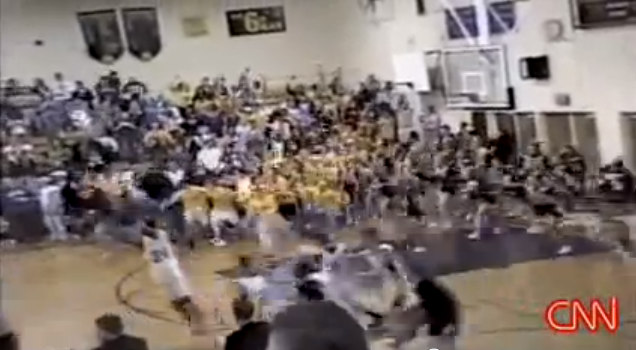 “This is the first moment Jason has ever succeeded (and could be) proud of himself,” reflects Debbie McElwain. “I look at autism as the Berlin Wall, and he cracked it.”

His teammates couldn’t be happier. 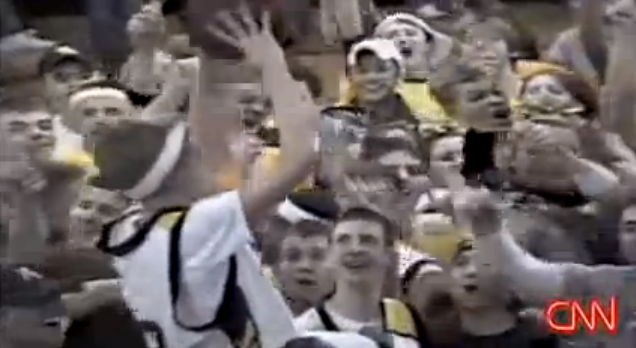 “He’s a cool kid,” says guard Levar Goff. “You just get to know him, get used to being around him. A couple of weeks ago, he missed practice because he was sick. You feel different when he’s not around. He brings humor and life to the team.”