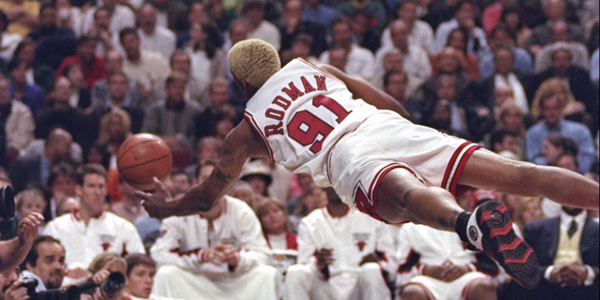 Despite Dennis Rodman perhaps becoming just as famous for his antics off the court as on the court, I think he will always be remembered for just how great of a rebounder he was.

At only 6’7″, “The Worm” defied the norms at what players could do at his size, earning NBA All-Defensive First Team honors seven times and won the NBA Defensive Player of the Year Award twice.

He also led the NBA in rebounds per game for a record seven consecutive years and won five NBA championships, being arguably the best rebounding forward in NBA history.

But what allowed him to be so great despite being so undersized? Remember he is only 6’7″ – yet one season (1991-92) he averaged a jaw-dropping 18.7 rebounds per game. 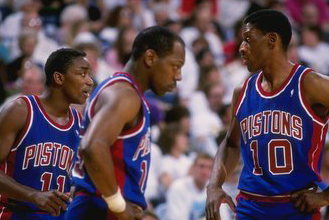 This story, from former Detroit Pistons teammate and fellow Hall of Famer Isiah Thomas might explain how he became so proficient.

“We were standing in the lay-up line, warming up and shooting, and Rodman was standing back and watching everybody shoot.

“I said ‘Hey, come on, you have to participate; everybodys shooting lay-ups, you have to shoot lay-ups too.’ And he said, ‘I’m just watching the rotations on the basketball.’ 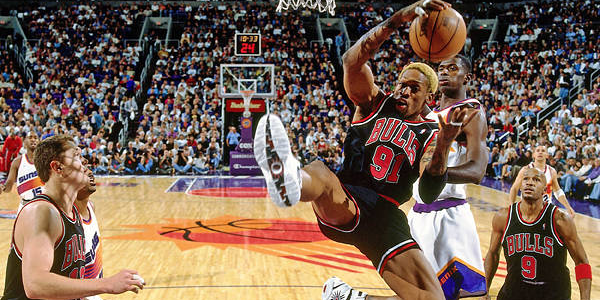 “Thats how far Rodman had taken rebounding, to a totally different level, like off the charts. 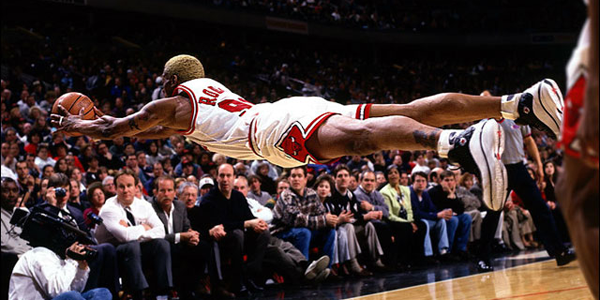 “He had rebounding down to a science, and I never heard anyone think or talk about rebounding and defense the way he could break it down. 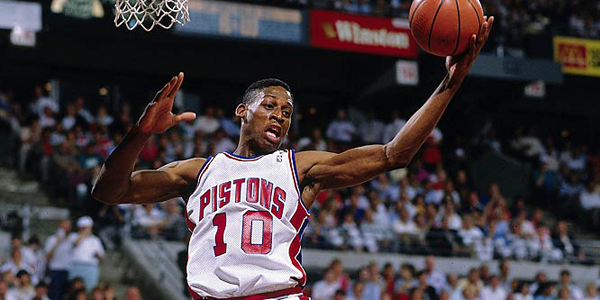 “When you talk about basketball IQ, I’d put Rodman at a genius level.”

That says it all, and it’s how every player should approach each aspect of the game. You need to spend hours, hours and hours of beating on your craft to become a world beater. Now go get to the gym and start working!