Of course, we know that NBA players are the best in the world, but sometimes you need to see them up against “regular” guys just to see how good they really are.

I always wondered what would happen if one of the best players in the NBA showed up at somewhere like Rucker Park, and now, thanks to this video I know.

SCROLL DOWN FOR VIDEO.

“I’ve always wanted to play at Rucker Park all my life,” Durant told one of the league’s emcees after his DC Power team beat the Sean Bell All-Stars, which featured Chicago Bulls guard John Lucas III.

Rucker Park, located across the street from where the Polo Grounds used to stand, is famed for its street pickup games and leagues.

Durant fell two points short of the EBC scoring record, set by Steve Burtt Jr. in 2007. Joe (The Destroyer) Hammond is recognized as holding the park record of 74 points in a game.

After the game, Durant tweeted: “No lie, jus had one of the best times of my life at Rucker park..wow! I love NY…Harlem waddup.”

Durant didn’t hit everything in the first half, but still finished with 23 points. He scored seven straight points in the first quarter, including a fall-away 3-pointer and a slam dunk.

But Durant caught fire in the second half, scoring 15 points in the third quarter.

He opened up the fourth with a 3-pointer, followed by making one of two free throws. The NBA All-Star added a layup before lighting up the opposition with a barrage of four 3-pointers while facing double- and even triple-team defenses. The last shot made the crowd react by spilling onto the court, mobbing Durant.

The crowd was out in force when word got out KD was suiting up. 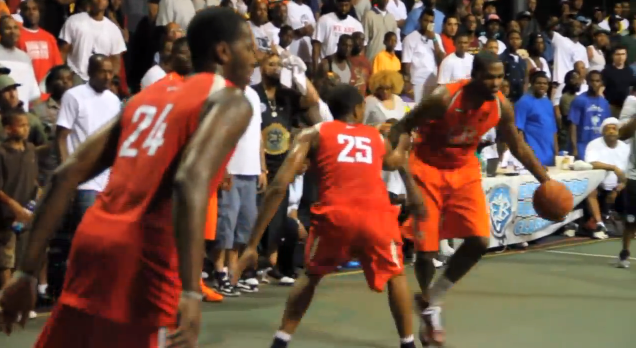 KD was pulling up from all over the court. 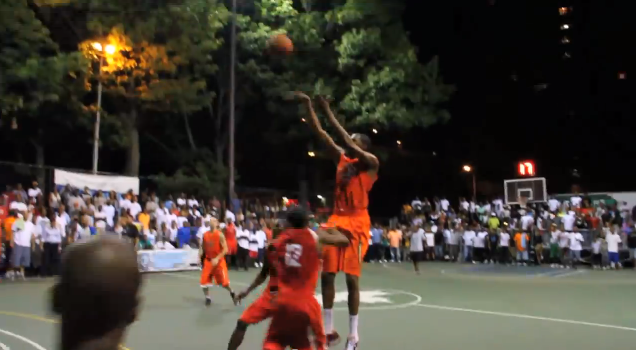 The crowd were going nuts, with this guy saying “it’s over!”. 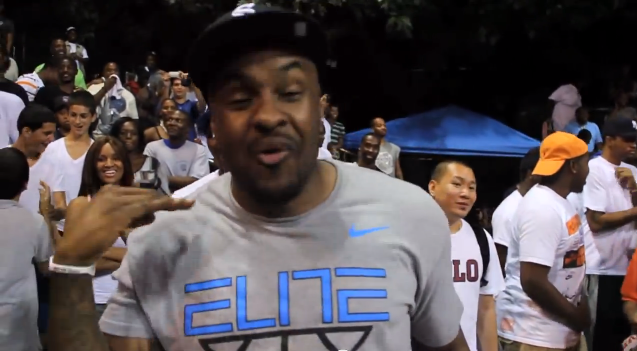 By the time he brought the ball up for the floor for his fourth straight three, the crowd were on their feet. 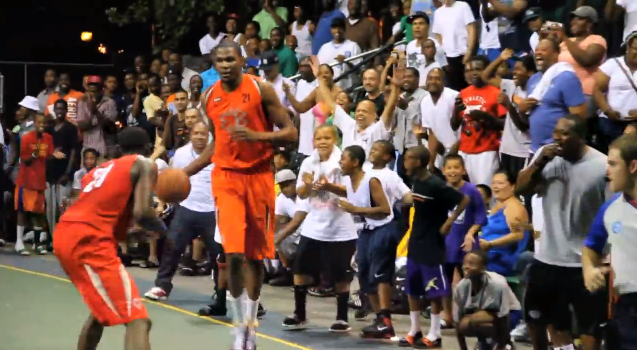 And then when he hit it? It sent everyone into a frenzy as the court got stormed! 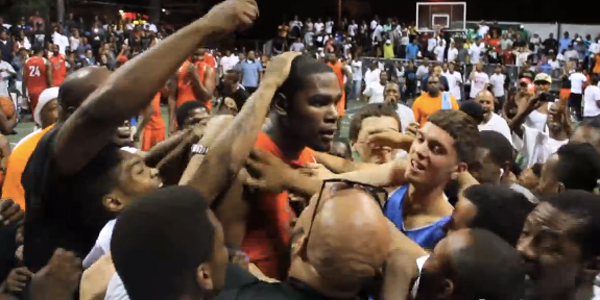 Watch the video for yourself below, and try not to get too awe-struck. Amazing.