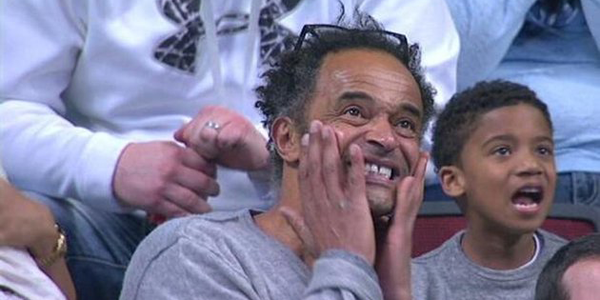 This is exactly what fatherly love is all about.

French tennis legend Yannick Noah, is the father of Chicago Bulls big man Joakim Noah, and when he was in attendance for the game against the Heat, the national television crew on hand understandably wanted to interview him. 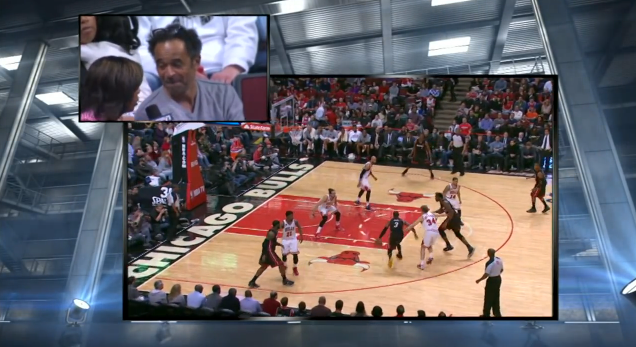 They went and spoke to him as he sat in his seat, but during the interview he began to get more and more distracted as Joakim was locking up LeBron James on defence. 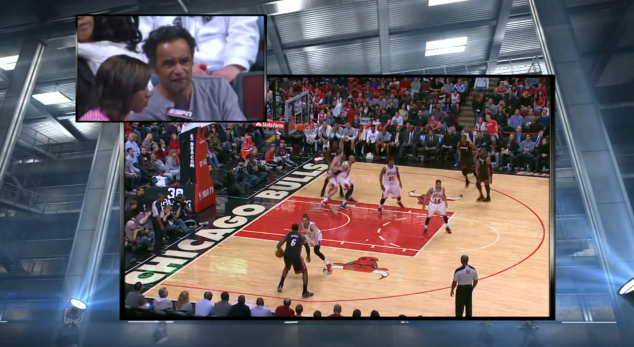 When the Bulls regained possession after the stop, he said “YES!” followed by “sorry” to the interviewer, but then couldn’t help but continue to be enthralled by the game as his son grabbed an offensive rebound and drew a foul. 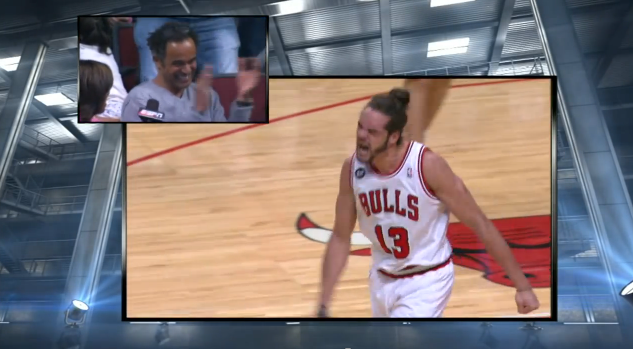 The crowd erupted, and so did Yannick, getting to his feet to clap and cheer on his son, completely forgetting he was live on national and glbal television. Absolutely awesome. 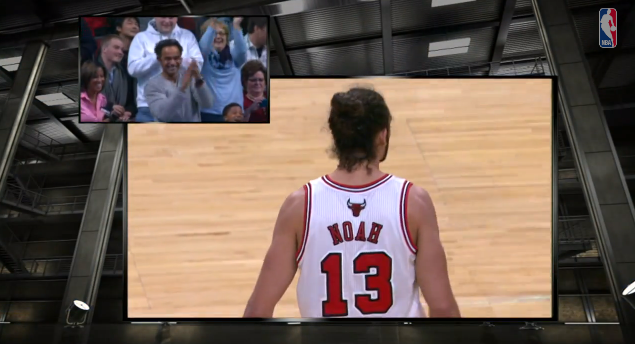 Joakim had 20 points, 12 rebounds, seven assists and five blocks as his Chicago Bulls edged past the defending champion Miami Heat in a thrilling 95-88 overtime win but it was his father that stole the show.

The 6’11” big man said of his father in an interview after the game:

“I know that he’s happy. I can’t wait to see him and just celebrate this win with him. You know, I don’t get to see him a lot. My father’s always been there for me, my whole life, and to be able to share these moments with him — I know that he’s a nervous wreck during games.”